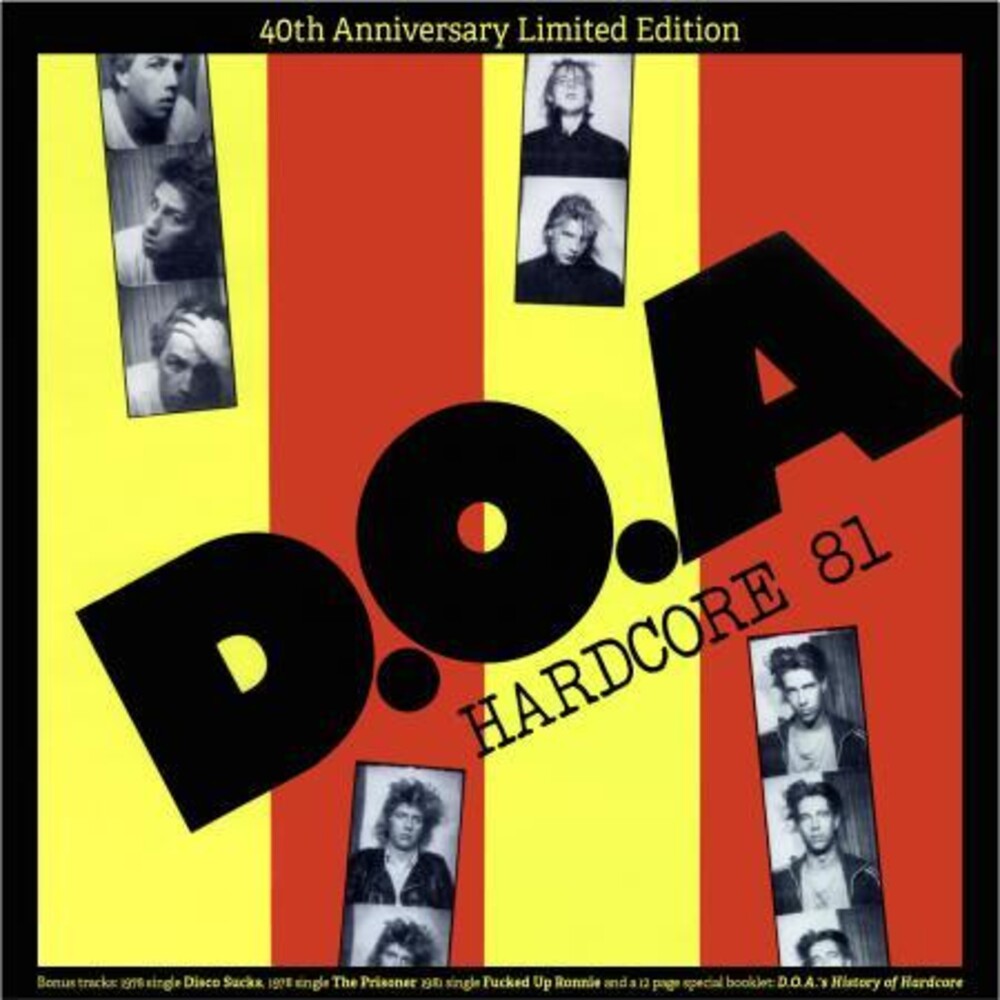 New 40th Anniversary Edition! This is it! The godfather of hardcore from Doa, Canada's legendary punk pioneers. This is the album that popularized and pushed the term "hardcore" into the common vernacular. For Hardcore '81's 30th anniversary, Sudden Death has restored the band's blistering second album to it's original state and released it as a CD. It comes with an extensive 12-page booklet that features lots of photos and old school flyers. See that great line up of Joey Shithead, Chuck Biscuits, Randy Rampage, and Dave Gregg in action... indeed the Men of Action. Tracks like "D.O.A.," "Slumlord" and "Unknown" lash out at the listener, as well the incredible "Fucked Up Baby" and "Smash The State" just spear one right in the gut. This album has influenced three generations of fans and artists like Rancid, Henry Rollins, Jello Biafra, Red Hot Chilli Peppers, Green Day, NOFX and Sonic Youth. All versions feature three bonus tracks: "Disco Sucks" (1978 7-inch EP version), "The Prisoner" (1978 7-inch single version) and "Fucked Up Ronnie" (1981 7-inch EP version). "This Vancouver foursome was already a band to be reckoned with on their first three singles and debut, Something Better Change, but they went for the jugular on Hardcore '81, producing a rare and astonishing moment for the ages, a direct precursor to the Replacements' first LP torch job later that year." -Jack Rabid, All Music