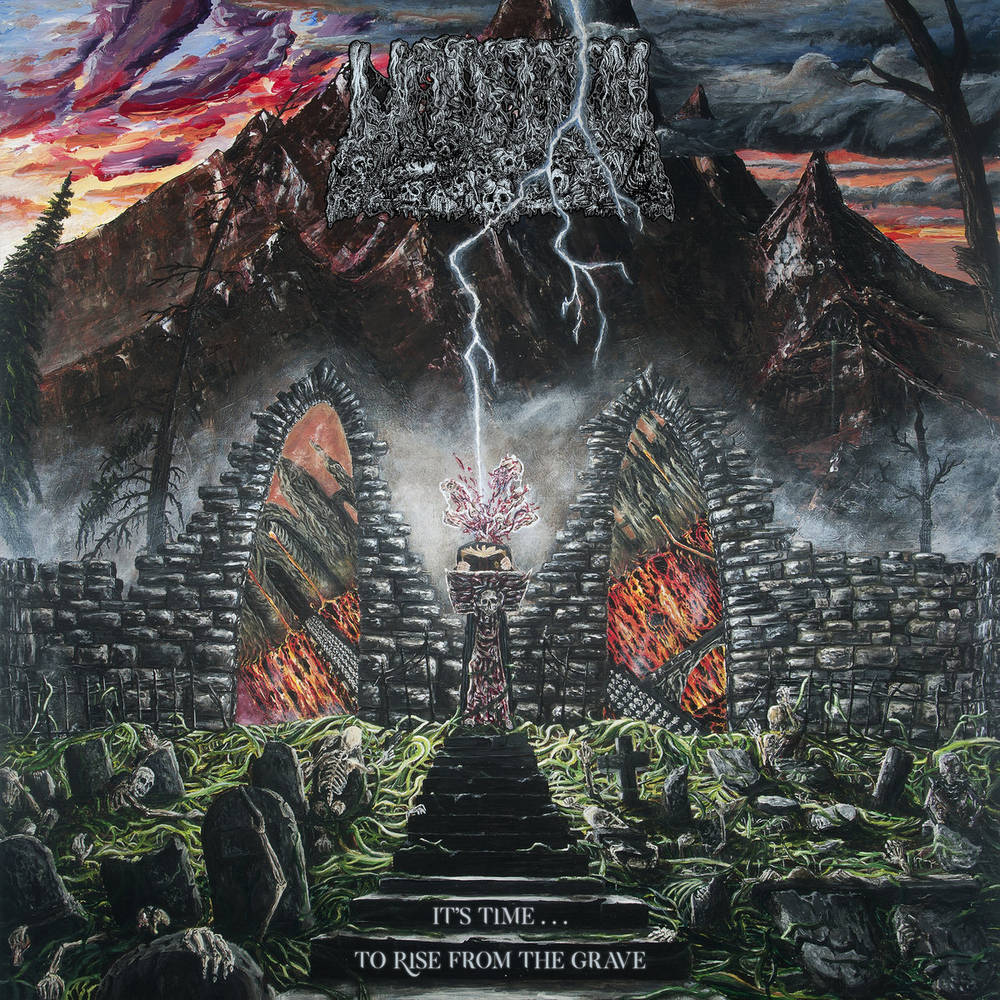 It's Time...To Rise From The Grave
Artist: Undeath
Format: CD

The hellacious Rochester death metal quintet Undeath have announced their sophomore album It's Time... To Rise From The Grave. The album, which follows 2020 debut Lesions Of A Different Kind, is coming via Prosthetic, and the video for it's quasi title track is Undeath refined to it's deadliest aspects. Blood curdling vocals, bonesaw guitars, slamming bass, and skull crushing drums, fused with a focused hook that brings the decayed mass together as a banging death metal track. We hope you all enjoy, bang your head and scream along. The dead walk again! New York-based Undeath have returned from their mutilated tomb to horrify and dominate death metal's insatiable masses once again. Their blessedly sick new album, It's Time... To Rise from the Grave, shows the reconfigured quintet-Kyle Beam (guitars), Alexander Jones (vocals), Tommy Wall (bass), Jared Welch (guitars) and Matt Browning (drums)-have retained their mind-infecting sonic savagery but weren't satisfied in their pursuit to improve it through wicked (yet studied) reformulation. Certainly, Undeath's 2021 Decibel flexi, Diemented Dissection, paved the way, but it's tracks like "Fiend for Corpses," "Rise from the Grave," and "The Funeral Within" that display Undeath's terrifyingly insane trajectory. It's Time... To Rise from the Grave isn't just an early contender for death metal album of 2022-it's destined to be a modern-day classic.