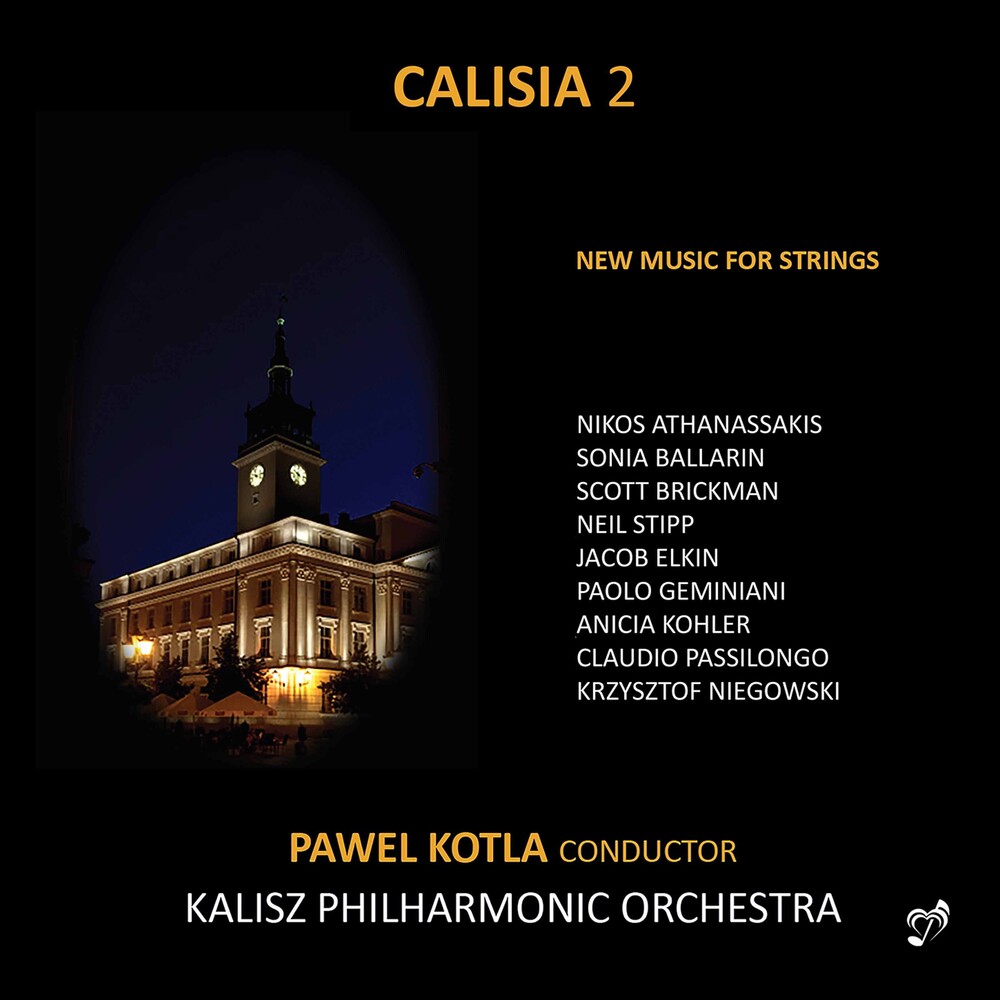 This is a second instalment of the "Calisia" series recorded by the Kalisz Philharmonic Orchestra, or, more precisely, the orchestra's string section conducted impeccably by their artistic director, Maestro Pawel Kotla. Based in Poland's oldest city, Kalisz, whose origins go back to Roman times, the orchestra won the Grammy Award in 2014 and has established itself as one of the country's most sought-after ensembles of this sort. What sets both the orchestra and Maestro Kotla apart from the dozens, if not hundreds, of similar groups around the world, is their ongoing commitment to the music of our time, which they perform on a regular basis -an exemplary approach indeed. Add to it the sheer class of the musicians, their obvious enthusiasm for and understanding of even the most demanding modern works, always combined with and inspired by Maestro Kotla's high caliber conducting -and you have a recipe for success! This particular album features ten works by nine contemporary composers. Three of these compositions stand out naturally due to their scoring for organ and strings. These are the lovely, virtuosic, neoclassical "Suite for Organ and Strings" by Neil Stipp, as well as two somber, brief compositions by the organ soloist himself, Krzysztof Niegowski, "Melancholia" and "Temptation". If in performing his own works Niegowski demonstrates serious lyrical sensitivity, he really shows his mettle in the Stipp; the playing being effortlessly assured yet sensitive. The rest of the collection is varied in weight and length with the beautiful "Languere" by Paolo Geminiani being the most challenging piece. All these works merit attention, most of them written in familiar idioms, which even the most conservative listener may enjoy without reservation. The recording is top notch, has transparency and depth, and the somewhat minimalistic design is quite attractive. All in all, it is a commendable effort by Phasma Music. (c Piotr Grella-Mozejko)