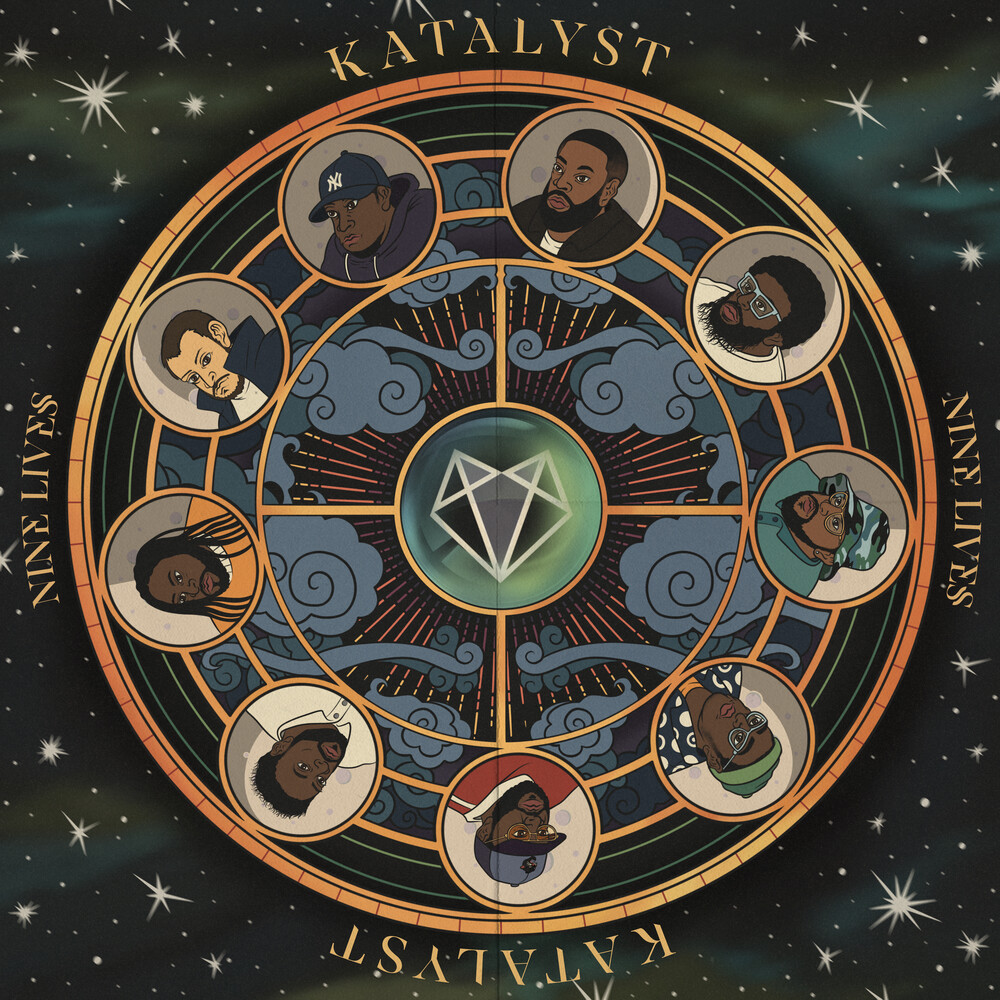 Nine Lives grips with the energy of infinite possibility and digs in with a drive that sets it apart - a forward propulsion that reflects the very movement of the Los Angeles jazz scene itself. Conceived solely on an improv basis, the album represents a highlight reel of two months of Sunday jam sessions that Katalyst spent together at their home base in Inglewood, California. Katalyst is much more than a nine-piece band - it is a collective of producers, composers, musicians, and writers that represent a veritable Who's Who of the Los Angeles jazz community. While the album is infused with the free spirit of jazz exploration, the group's forward-thinking sound is impossible to pigeon-hole into one genre. Each track was written by all nine members, and different instruments shimmer to the forefront as the album rolls, heaves, and pauses for breath. The band is greater than the sum of it's musicians, and each member is an impressive artist in his own right that has made standout contributions to the international music community. Katalyst includes: Grammy Award-winner Jonah Levine (trombone/piano), Grammy Award-nominee Emile Martinez (trumpet), Michael Jackson collaborator Brian Hargrove (piano/keys), Kendrick Lamar/Usher backup David Otis (saxophone), BeyoncÃ©/Jay-Z collaborator Corbin Jones (upright bass/bass guitar/sousaphone), internationally touring bandleader Greg Paul (drums), Kamaal Williams tour partner Marlon Spears (bass guitar), world musician Ahmad DuBose (percussion), and multi-genre producer Brandon Cordoba (piano). The group performs regularly in the LA area including a weekly residency at the Del Monte Speakeasy. They have played at the Walt Disney Concert Hall with the Inner City Youth Orchestra of LA and with recording artist Dion at Talib Kweli and Hi-Tek's Reflection Eternal concert at the Belasco Theater. Katalyst is also the creator of #Inglewoodstock, a mini-festival series featuring local bands, rappers, and vocalists. Together, the group has vast credits recording, on tour, and at America's top music schools. Press coverage/en