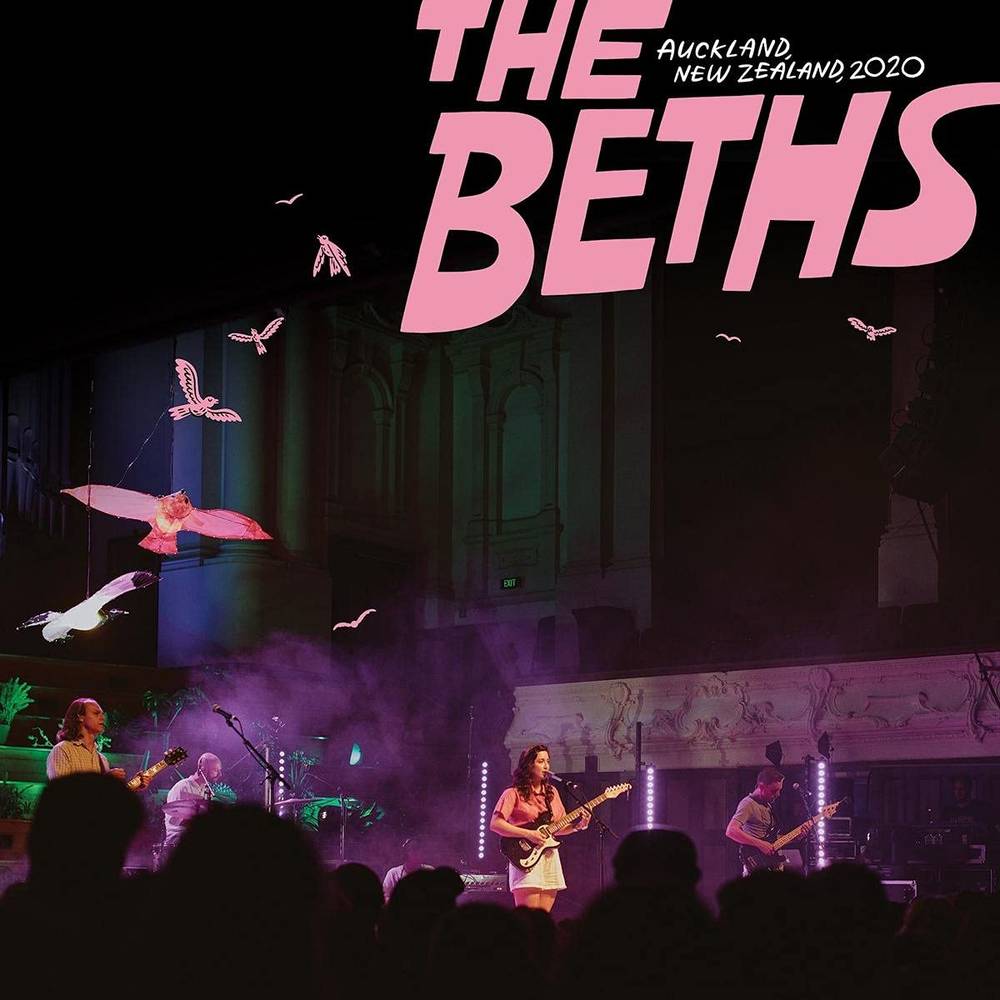 The Beths' Auckland, New Zealand, 2020 begins with crowd screeches and bellows. It's a collective exhalation, in one of the few countries where live music is still possible. The album title, and film of the same name, deliberately include the date and location. In a mid-pandemic world, playing to a heaving, enraptured home crowd feels miraculous. In March 2020, everything seemed on track for another huge year for The Beths. Home after an 18-month northern hemisphere tour, they had just finished recording sophomore album Jump Rope Gazers and were primed for more extensive touring. But within days, New Zealand's lockdown split the band between three separate houses. All touring was cancelled. The band found an outlet through live-streaming, returning to the DIY mentality of their early days to connect with a global audience. The album and film have their genesis in that urge to share the now-rare experience of a live show, as widely as possible.