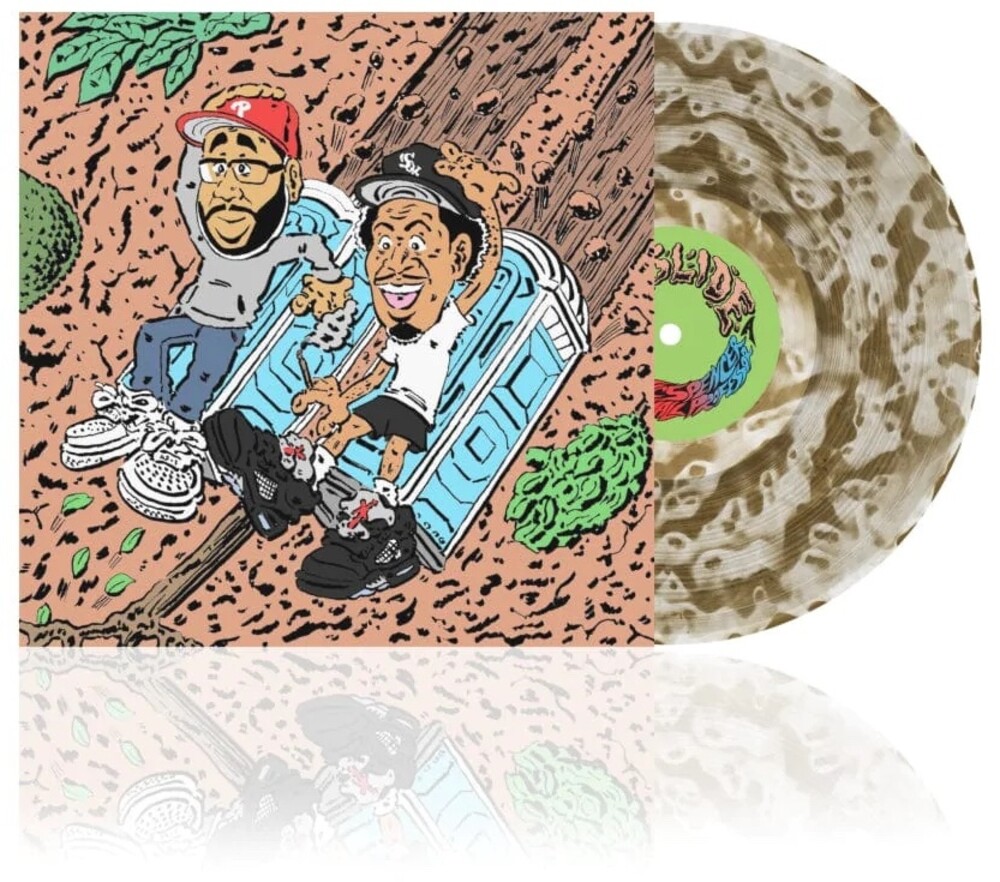 Chicago-meets-Philly when Vic Spencer and Small Professor connect on Mudslide, the incredible new album from this pairing of raw talents. Coalmine Records is proud to share this project with the world, and it marks Small Pro's third collaborative release on the label after he previously linked with Guilty Simpson and the late Sean Price. For the producer, it was an exciting new opportunity to team up with an emcee who's gruff-voiced, hilarious, and can out-rap anyone on the planet. "Plus, my past Coalmine projects have their own neo/prog-boom-bap vibe, and 'Mudslide' continues that particular sonic blueprint," Small Pro said. And for fans of that sound, you're not going to find a better example of that sound than this album. It's just as experimental as it is steeped in the traditions of rap thanks to Vic's boundary-pushing rhymes and Small Pro's immensely satisfying instrumentals. Tracks like "Lil Jon's Weed Stash," "Ew McNasty's Revenge," and "Selfcare Welfare" marry psychedelic vibes with grounded and clever lyricism. Another immediate standout is the lead focus track "Pitfall Music," which features a mean-mugging guest verse from Flee Lord with cuts supplied by acclaimed turntablist, DJ Revolution.