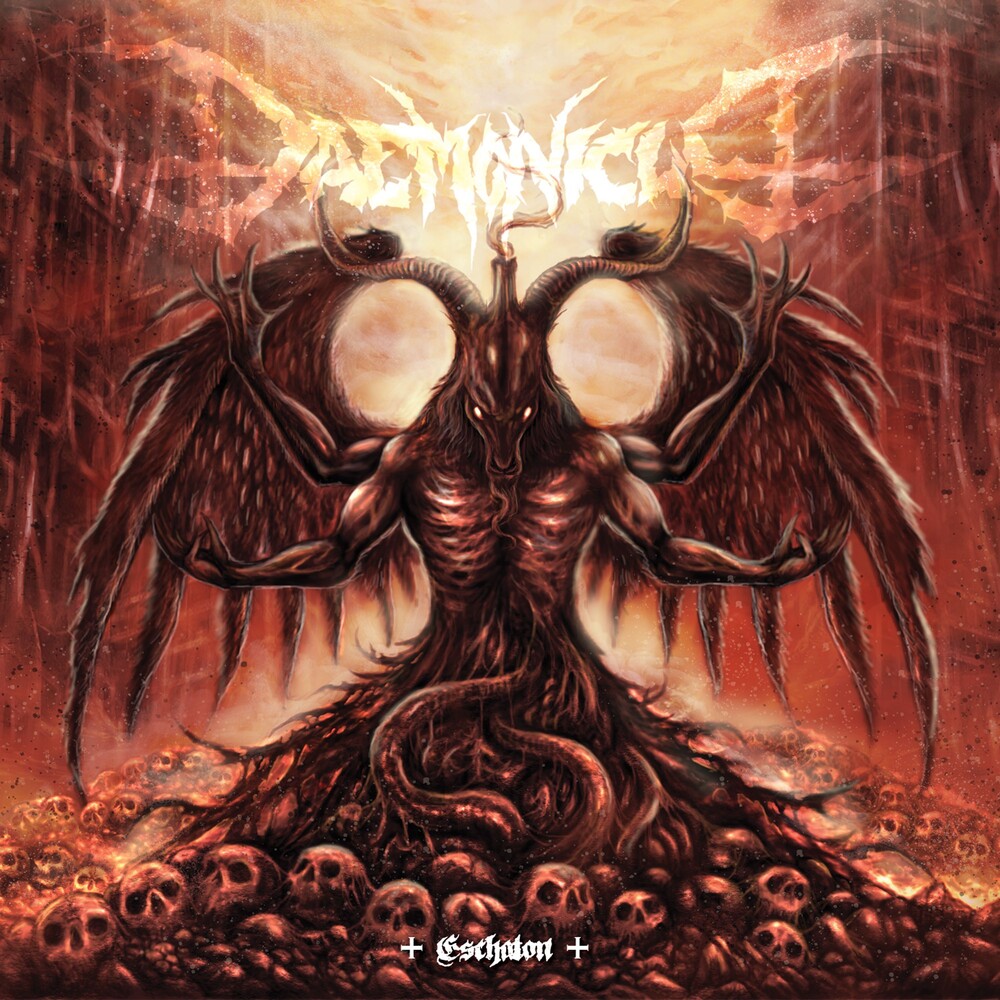 DISC: 1
1. To Poison Everything
2. Reform or Die
3. The Double Edged Sword
4. Heretic Trials
5. The Grand Inquisitor
6. Sacred and Secular
7. You Know My Name
8. Fate Sealed By Faith
9. Termination

That is not dead which can forever lie..After almost a decade since the previous album, the highly acclaimed "Deadwork" Daemonicus is back with new material that will evaporate everything "Eschaton" has been under development under a very long time and grew to be a lyrical concept album with a story unfolding throughout the album, but at the same time having every song strong enough to stand on their own.The final result is a well though-out album, executed at the highest level from start to finish.Mixing and mastering was once again done by Ronnie BjÃ¶rnstrÃ¶m @ Enhanced Audio Productions and he really outdid himself on this one, creating a great combination of modern and old school death metal sound. ..and with strange aeons even death may die.