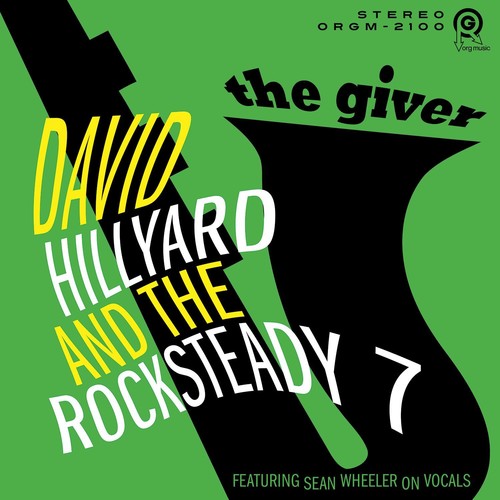 The Giver is the fifth album from David Hillyard & The Rocksteady 7, following Hillyard’s 2014 solo album, California. Based out of New York but relying on a global cast of musicians, David has been directing the group's mix of Jamaican roots music with American Jazz, Soul, and R&B since 1997. The Giver features Jamaican percussion legend and Rocksteady 7 regular Larry McDonald. Also featured prominently is vocalist Sean Wheeler, best known as frontman of Throwrag. The album features renditions of John Coltrane’s “Song of the Underground Railroad” and Gil Scott Heron’s “Home is Where the Hatred Is”. It was recorded at Hen House Studios in Venice, CA, mastered by Bernie Grundman, and pressed at Pallas Group in Germany.