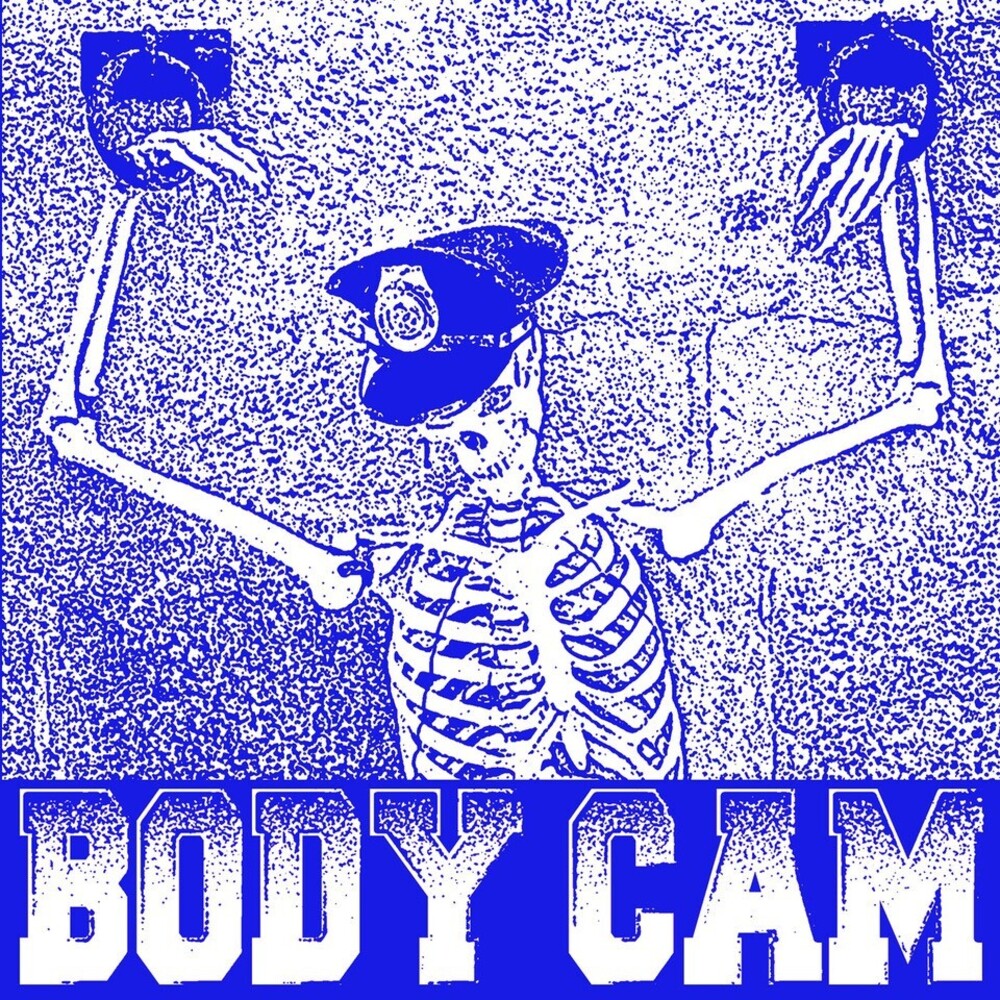 'Five tracks of upfront hardcore punk for 2021: guns, booze and cops - from Nashville with hate. We could tell you about how Body Cam slams out five sick tunes in five minutes on this Ep but hey it's the Twenty-First century you don't need us to do that for you. Thanks to the internet critics and middlemen are obsolete, just take a listen and decide for yourself how hard this one slaps. ' - Violent Pest Records'Very convincing early hardcore vibes from Nashville's BODY CAM. I'm picking up traces of influence that range from NEGATIVE APPROACH to MDC, and if someone told me this was a 'lost' relic of classic '80s punk, I'd probably go for it. I don't know if this was intentional, but to me this hits the mark, right down to the artwork. Archetypal angst. ' - JASON HARDING MRR #463'Violent Pest Records brings us the debut from this new hardcore band from Nashville, Tennessee. Body Cam is definitely a hardcore band, but their thin and scratchy sound and distinct lack of toughness push them more toward the (for lack of a better term) egg punk camp, which makes sense as Spodee Boy and Erik Nervous both appear in the credits on this one (as recording engineer and mixer, respectively). The five songs jammed onto this flexi are short and ripping fast, and what sticks in my memory most are the Circle Jerks-esque tight rhythmic changes, which I hear most clearly on the track 'Active Shooter. ' While there isn't much room for frills, you can't deny the energy on this five-song, five-minute dead sprint. ' - Sorry State Records 'Nashville hardcore! You don't hear those two words together too often, but I'm here for it, particularly as this debut one-sided flexi from Body Cam brings an appropriate level of scrawny fury. It's rare that a 'five songs in five minutes' record has ever let me down, and this square flexi is certainly no disappointment. Think of those earliest Gang Green tracks but messier - Body Cam pretty much never stop flailing throughout, with nary a mosh part in sight or even a valid reason to stage-dive. (Let's face it: all the best stage-dives happen when they're not supposed to, anyway. ) There's gotta be at least a few traditionalists out there who believe mosh parts ruined hardcore-punk, and while I'm not in that camp, I respect that opinion and am certain they'd approve of Body Cam. While much muddier and less distinctive than Tennessee's greatest hardcore export, Koro, Body Cam are certainly in the same league, which is not a bad place to start. ' - M. K. www. Yellowgreenred. comtracklisting:1. Booked 01:252. I'm A Cop 00:403. Hit And Run 01:064. Active Shooter 00:575. D. U. I. 01:01