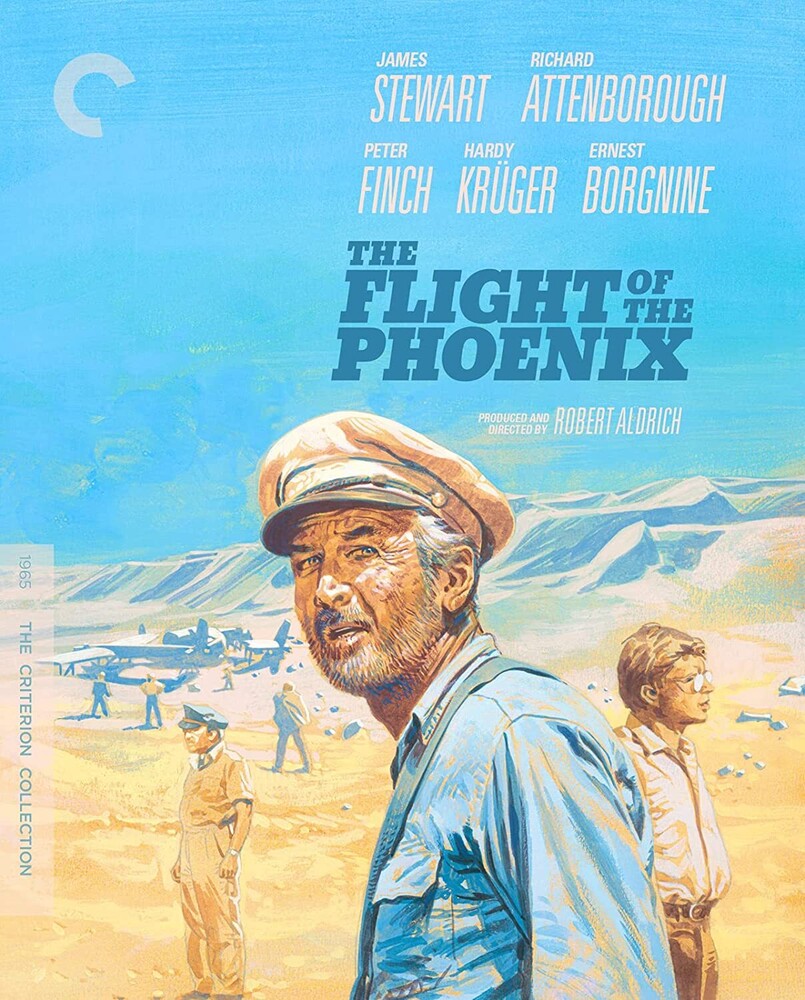 Flight Of The Phoenix, The Bd / (Sub)

James Stewart, Hardy KrÃ¼ger, Richard Attenborough, Peter Finch, and Ernest Borgnine star in this saga of a group of men who are stranded in the Sahara when their plane crashes. A rescue is unlikely, and their numbers are already starting to dwindle. Now, their only chance of making it out of the desert alive rests with the long shot plan of cobbling together a working aircraft out of what's left of theirs. Ian Bannen, Ronald Fraser co-star; based on the novel by Elleston Trevor. 149 min. Widescreen; Soundtrack: English Dolby Digital mono; Subtitles: English (SDH); featurettes; theatrical trailer.