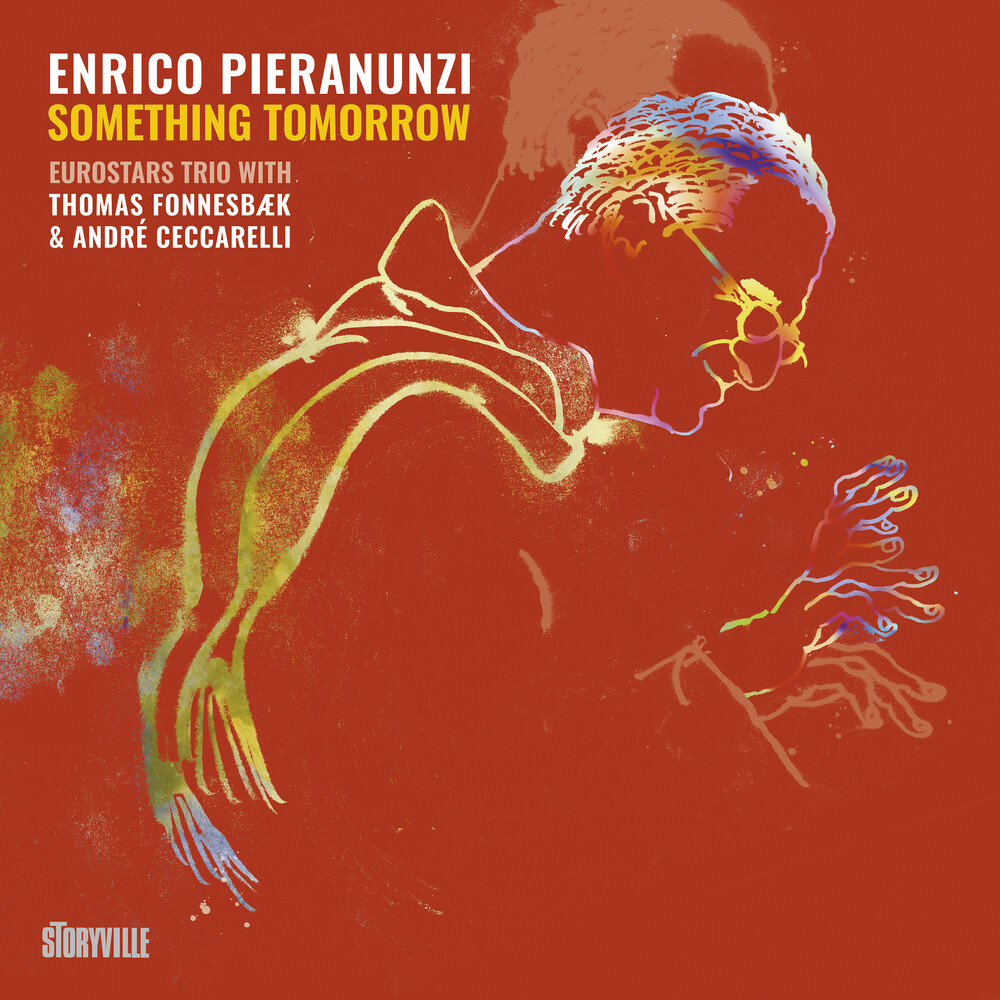 Acclaimed Italian pianist Enrico Pieranunzi is at the zenith of his career and has now joined forces with the legendary French drummer AndrÃ© Ceccarelli and the acrobatic Danish double bass player Thomas FonnesbÃ¦k. This new trio encounter combines three of the very best European jazz stars and makes for an album played with dramatic coherence - a seldom sight when three major personalities meet. Something Tomorrow is available on Storyville Records. Playing with FonnesbÃ¦k seems to give wings to Pieranunzi, the two men listen and talk to each other like two accomplices, who meet again after a long absence. FonnesbÃ¦k enjoys this intuitive game, where they listen intensely to each other, propose another tempo or a new melody. And they can count on the rhythmic precision and great musicality of AndrÃ© Ceccarelli, one of Pieranunzi's favorite drummers. Pieranunzi is one of, if not the most, popular European pianist, likely due to a unique combination of influences, from his formative years in classical and Italian music to his collaborations with iconic film composer Ennio Morricone and output with the likes of Chet Baker and Lee Konitz. Pieranunzi never renounces bold and elegant music, for he is a poet of black and white. In the breath of his piano, there is a reflexive expression, a harmonic treatment full of subtleties. A lush romanticism lies deep at the heart of his music, when he let's his hands dance on the keys. Thomas FonnesbÃ¦k is a formidable bassist with an astonishing technique. He impresses with his virtuosity and harmonic choices, and his bass lines inspire both Pieranunzi and Ceccarelli. Not only is FonnesbÃ¦k one of Pieranunzi's favorite collaborators, he has also recorded and toured with musicians such as Monty Alexander, Aaron Parks, Sinne Eeg, Lars Jansson and many others. Drummer AndrÃ© Ceccarelli is one of the most important figures on the European jazz scene. He has not only played with Pieranunzi in many other musical constellations, but also with giants like Enrico Rava and Chick Corea, and popular music stars like Sting, Aretha Franklin and Tina Turner. Here, Ceccarelli expresses his joy by a rare delicacy of touch in a performance with no discordant element. It is quite frankly evident that the trio enjoys the musical company of each other making 'Something Tomorrow' an important milestone in the career of a pianist, who never ceases to amaze us.