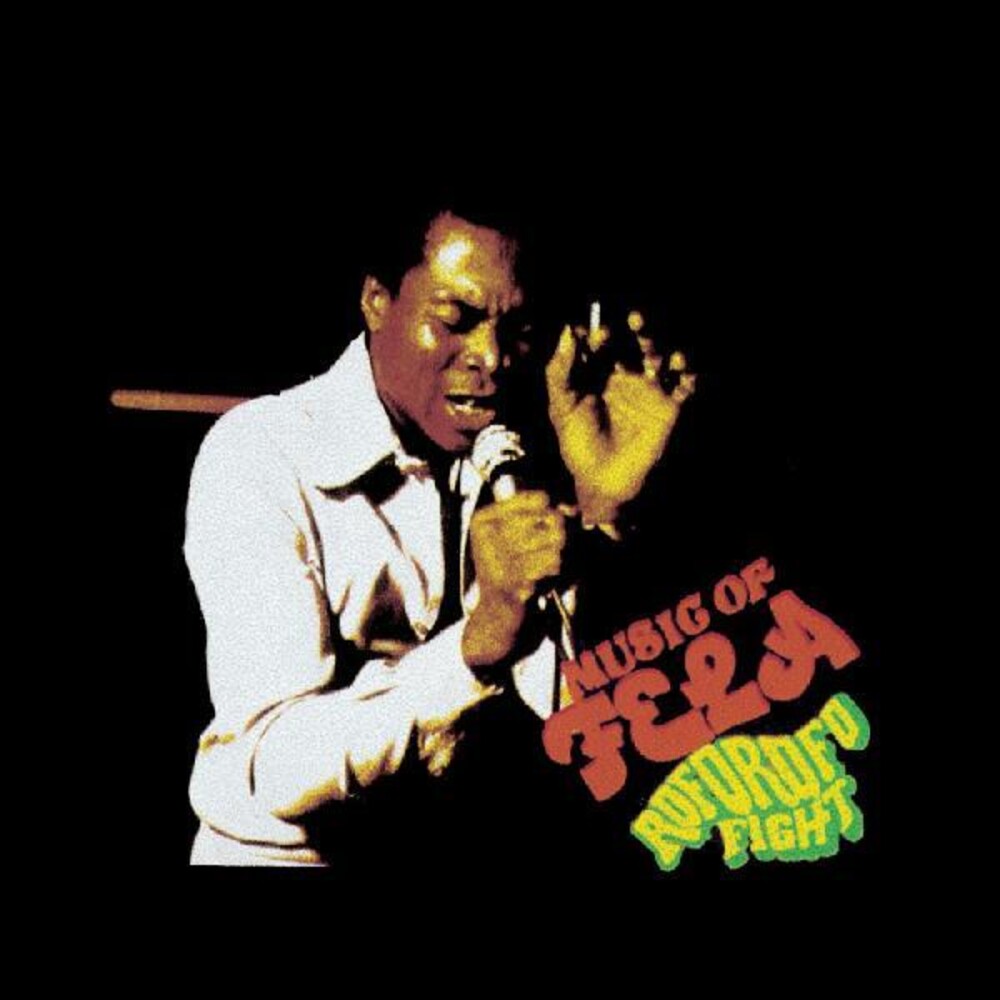 Limited clear yellow vinyl LP pressing. Roforofo Fight is the fourth in the series of celebratory Fela 50th Anniversary reissues. Like it's predecessors in the series, this version will be on color vinyl and the LP will be wrapped in a gold foil obi-strip with a brief essay on the album and Fela's global impact on music. Like Fela's other early 70's releases he uses each side of his LPs to create a deep groove that pulls the listener in and follows with metaphoric lyrics that call out and critique the corrupt hangover of colonialism. The lyrics of the title track illustrate Fela's frustration at intolerant, violent human behavior by depicting a fight that breaks out in the streets in Lagos. The second song 'Go Slow' is a 17:22 minute groove of super funk featuring the deep rhythmic interplay that is a hallmark of Fela's Afrobeat. Lyrically, the song uses traffic jams in Lagos as a metaphor to criticize the harmful social and environmental impact of urbanization