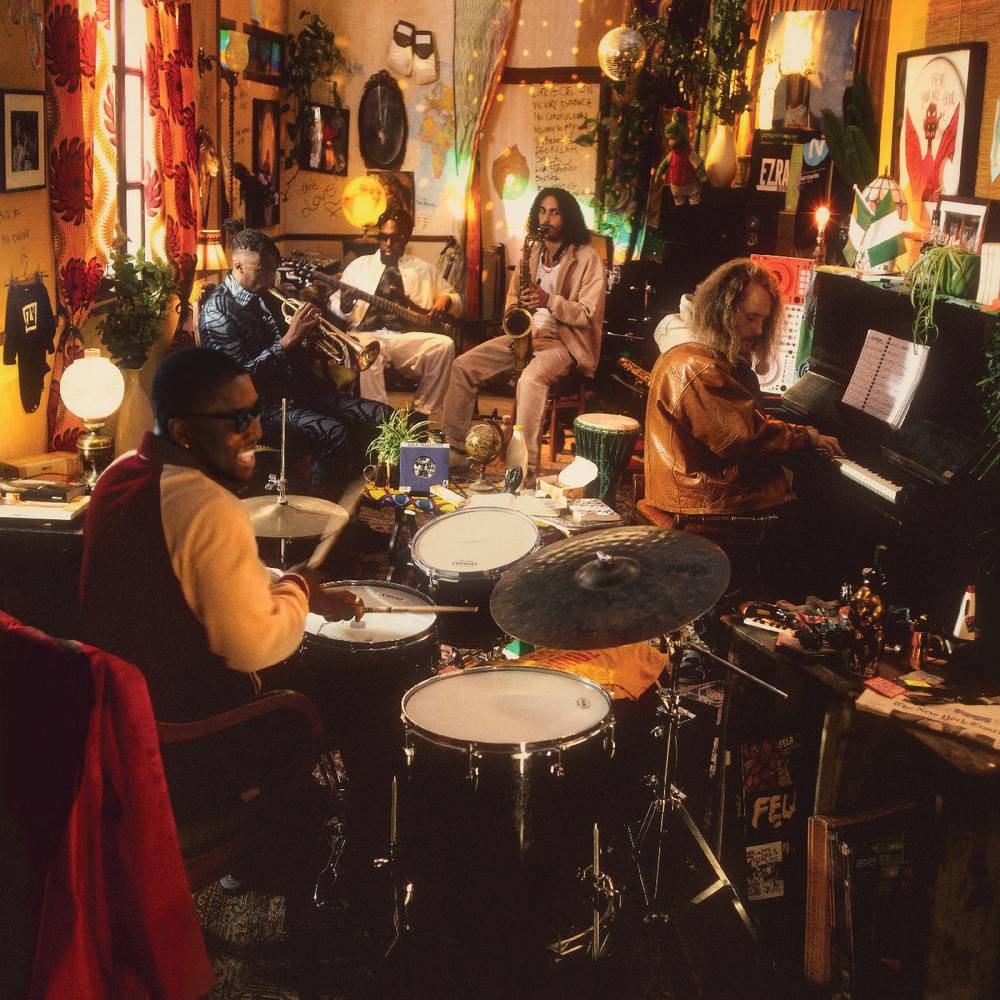 Where I'm Meant To Be
Artist: Ezra Collective
Format: CD

"Where Im Meant To Be is a thumping celebration of life, and an affirming elevation in Ezra Collectives winding hybrid sound and refined collective character. The songs marry cool confidence with bright energy. Full of call-and-response conversations between their ensemble parts, Where I'm Meant To Be is a natural product of years improvising together on-stage. The album -- which also features guest artists Sampa The Great, Kojey Radical, Emile Sande and Nao -- will light up sweaty dance floors and soundtrack summer dinners in equal measure.

The group -- consisting of Femi Koleoso (who also drums for Gorillaz) as drummer and bandleader, Joe Armon-Jones on keys, James Mollison on saxophone, Ife Ogunjobi on trumpet, and Koleosos younger brother TJ on bass guitar -- originally came together in 2012 as teenagers at the youth band of Tomorrows Warriors, a music education initiative at the South Bank Centre in London. They have since shot forward to become architects of a new phase in their citys musical journey, a hybrid time in which Black genres -- jazz, grime, afrobeat and more -- can dovetail and harmonize fluidly, at new, forever rising levels.

The fourteen tracks on Where Im Meant To Be took eighteen months to record. This gear-shift, far from the mere hours and days spent on all previous releases, not only reflects the impact of lockdown life on artistic creation -- it is buoyed by the patience gained from slowing down."