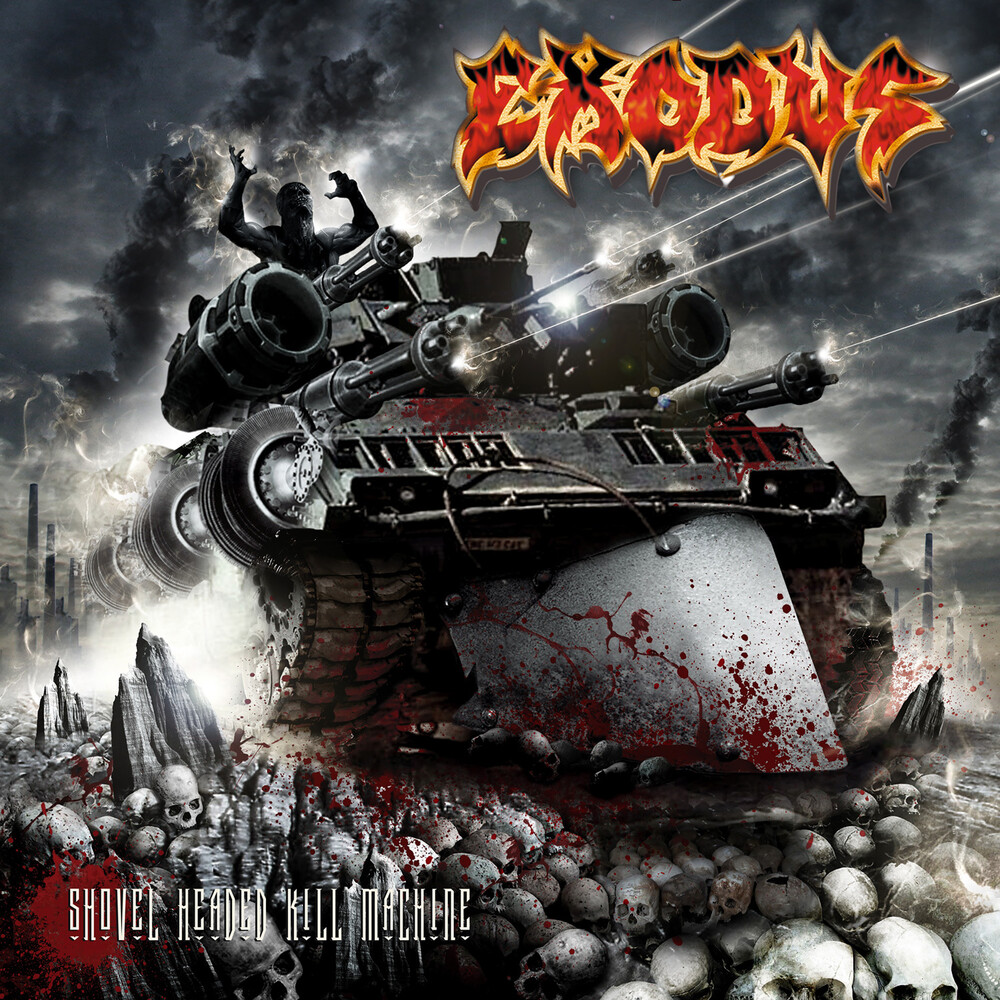 Coming out of the Bay area in the early 80s Exodus helped define the genre known as thrash. Classic records like "Bonded By Blood", "Pleasures of the Flesh", & "Fabulous Disaster", a record that produced a Headbanger's Ball sensation "Toxic Waltz", remain benchmark recordings in the genre. The band's seventh full length record "Shovel Headed Kill Machine" was originally released in 2005 and features vocalist Rob Dukes. It was an album that was critically praised by the press with Blabbermouth describing the songs as "razor-blade riff storms with vitriolic lyrics that make the blood boil and the face redden". Songs from the record like "Deathamphetamine" and "I Am Abomination" are still live staples