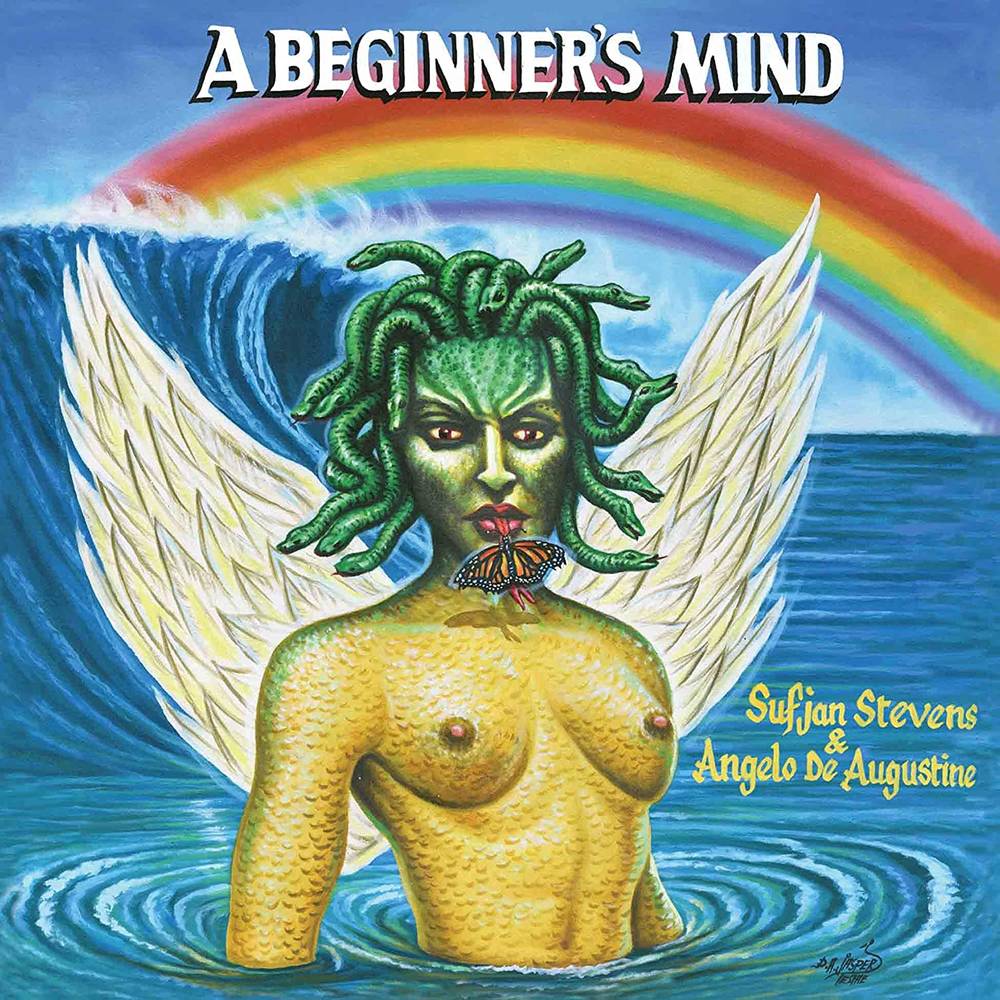 It's been said that writing about music is like dancing about architecture (impossible and absurd). But what about singing about movies? Sufjan Stevens and Angelo de Augustine have paired up for a collaborative project that does just that. A Beginner's Mind is their debut album that contains 14 songs (loosely) based on (mostly) popular films. The source material is highbrow, lowbrow, and everything in between. The music is folksy, sweet, sincere and harmonically effervescent-Simon & Garfunkel with New Age flourishes. This album runs the gamut and has fun with it, even while it's songwriters remain fully rooted in the melancholy folk idioms they are known for.Daniel Anum Jasper, a pioneer of Ghanian movie poster painting, was commissioned to paint a series of new works for A Beginner's Mind. His paintings are a graphic simulacrum for the same sense of wonder, wordplay, and intrigue that shape A Beginner's Mind. By transforming old films into vital new songs, Stevens and de Augustine ask us to consider ourselves from a previously unconsidered vantage point-a new way of seeing and hearing-an exercise that's as necessary and relevant now as it's ever been.