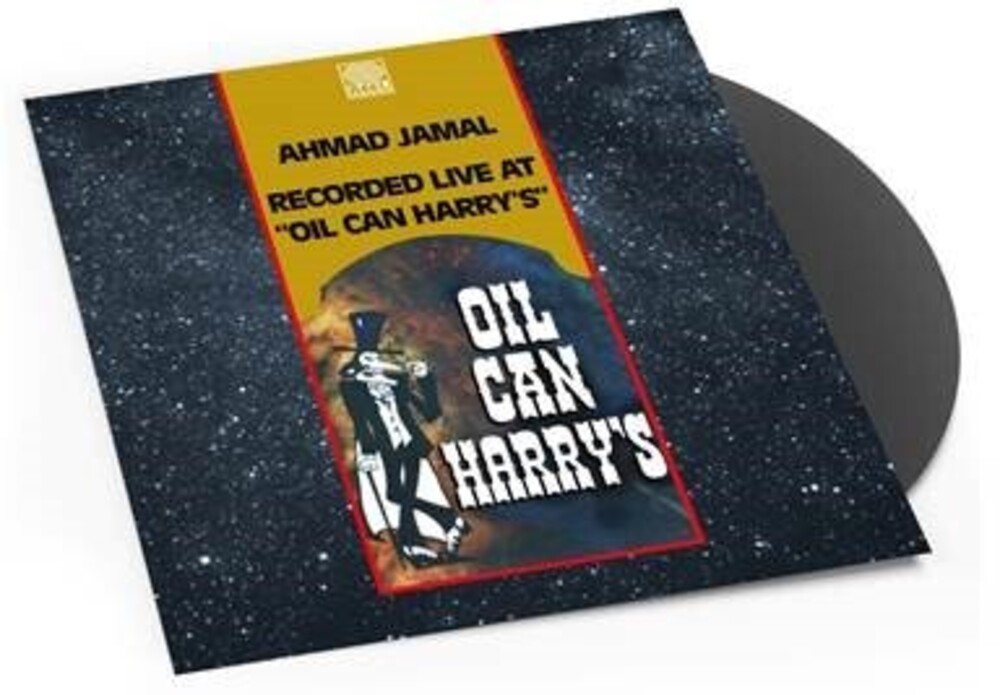 Recorded Live at Oil Can Harry's is a live album by US jazz pianist Ahmad Jamal, featuring four pieces recorded at Oil Can Harry's(a nightclub in Vancouver) on August 13, 1976. It gives listeners an excellent example of the playing of pianist Ahmad Jamal in the mid-1970s. His group (comprised of guitarist Calvin Keys, bassist John Heard, drummer Frank Gant and Seldon Newton on conga) was temporarily larger than usual, and Jamal stretches out on three originals (including 'Effendi') and a lengthy remake of his biggest hit, 'Poinciana. Originally released on jazz label Catalyst Records in 1976, this LP has been long out of print: this release is a first official vinyl reissue in almost five decades. Carefully remastered recordings on heavyweight black virgin vinyl