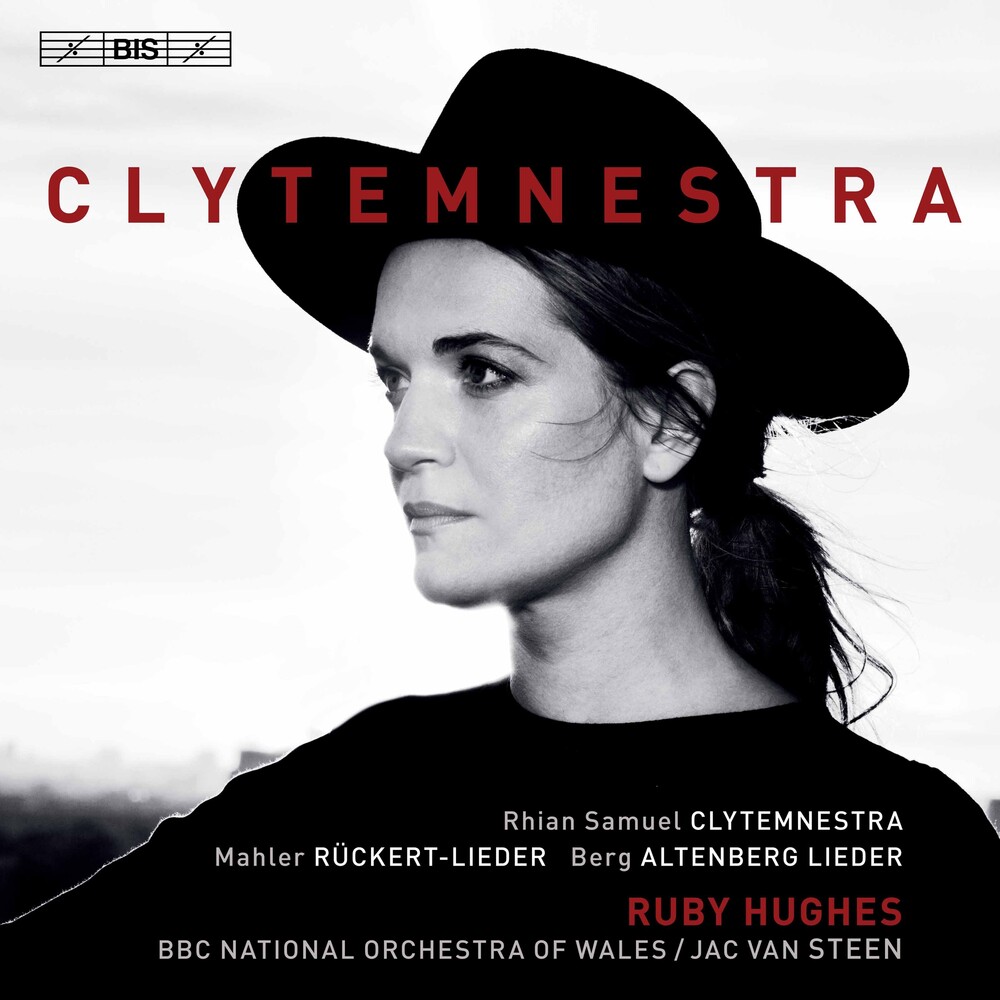 In 2015, when Ruby Hughes discovered Clytemnestra by the Welsh composer Rhian Samuel, the work had not been performed since it's première some 20 years earlier. Hughes describes the 24-minute score as 'sun-scorched and luscious' as well as 'intensely visceral', but in it she also heard echoes of Gustav Mahler and Alban Berg, two of Samuel's influences. For her first album as soloist with orchestra, she has therefore devised a programme which brings together the three composers but which also spans a wide range of emotions and moods. For his Rückert-Lieder, Mahler selected five highly intimate and subtle poems by the great Romantic poet Friedrich Rückert, using his large orchestral forces sparingly in a chamber music style. Ten years later, in 1911, Berg found his texts closer at hand as he set contemporary poems by Peter Altenberg, one of the main proponents of Viennese impressionism. Berg's advanced harmonic language caused a scandal at the first performance in 1913, and the songs were only performed in their entirety in 1952, sixteen years after Berg's death. For Clytemnestra, finally, Rhian Samuel assembled her own text, based on Aeschylus' tragedy Agamemnon and focusing Clytemnestra's deep anguish at the death of her daughter and her need for revenge. Bringing this wide spectrum of human emotions to life, Ruby Hughes is supported by the BBC National Orchestra of Wales and conductor Jac van Steen.