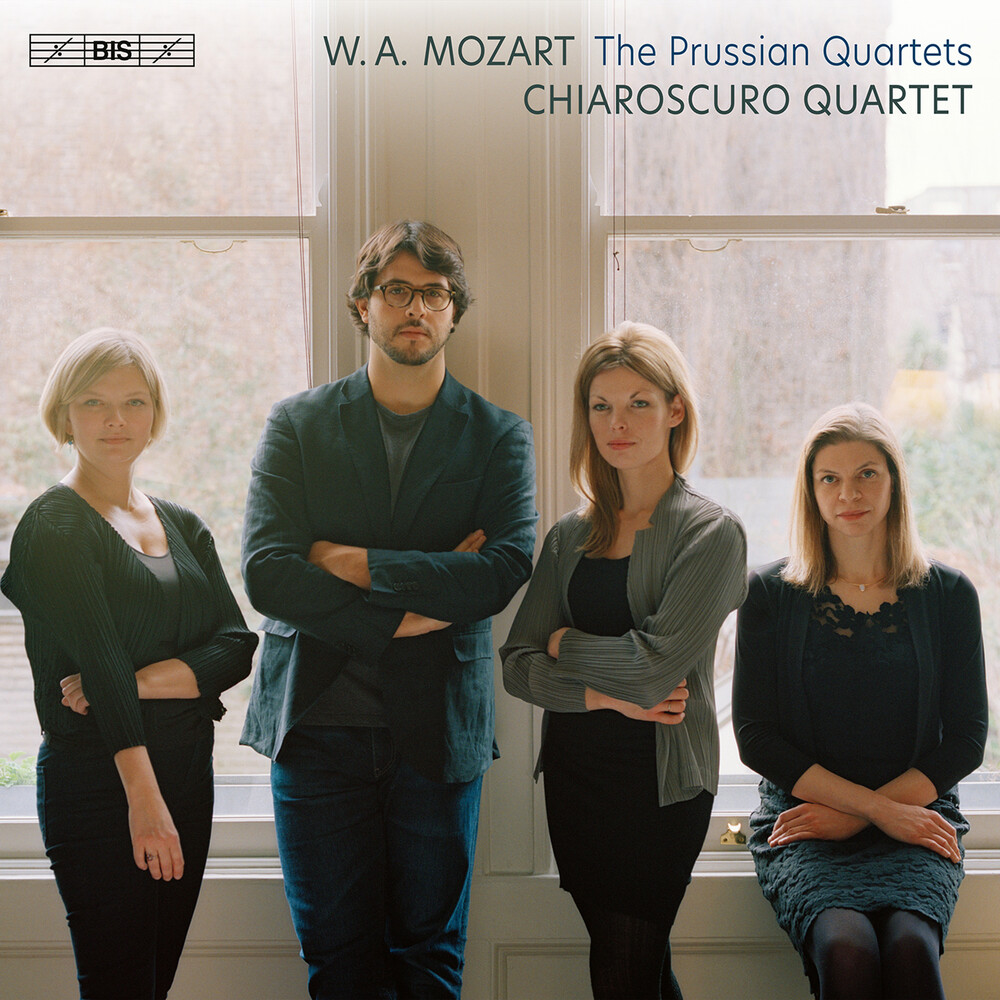 After their exciting interpretations of Haydn, Beethoven and Schubert, the Chiaroscuro Quartet now turns to Mozart's Prussian Quartets, his last compositions for this formation. These quartets were written for Friedrich Wilhelm II, King of Prussia and amateur cellist, and offer that instrument an unusually prominent role. The first of the three was composed fairly quickly, in June 1789, but the next two were not completed until the following year, and in the end Mozart's plan for a set of six came to nothing. The writing of quartets was never an easy matter for Mozart. However, one would hardly guess that the Prussian quartets were the product of 'exhausting labor' (his own words), such is their beguiling ease of workmanship. No. 21 in D major stands out as one of the most melodious chamber compositions of Mozart's mature period, emanating something of the sensual Mediterranean warmth of the opera CosÃ¬ fan tutte composed shortly afterwards. No. 22 in B flat major also emphasizes the importance of melody and gives the 'royal' cello some beautiful solos. As for No. 23 in F major, while it is tempting to hear a melancholy, autumnal quality in Mozart's later works, there is, however, no sense of farewell in this his final string quartet: the spirit of Haydn is everywhere, especially in the finale with it's effects borrowed from Hungarian folklore.