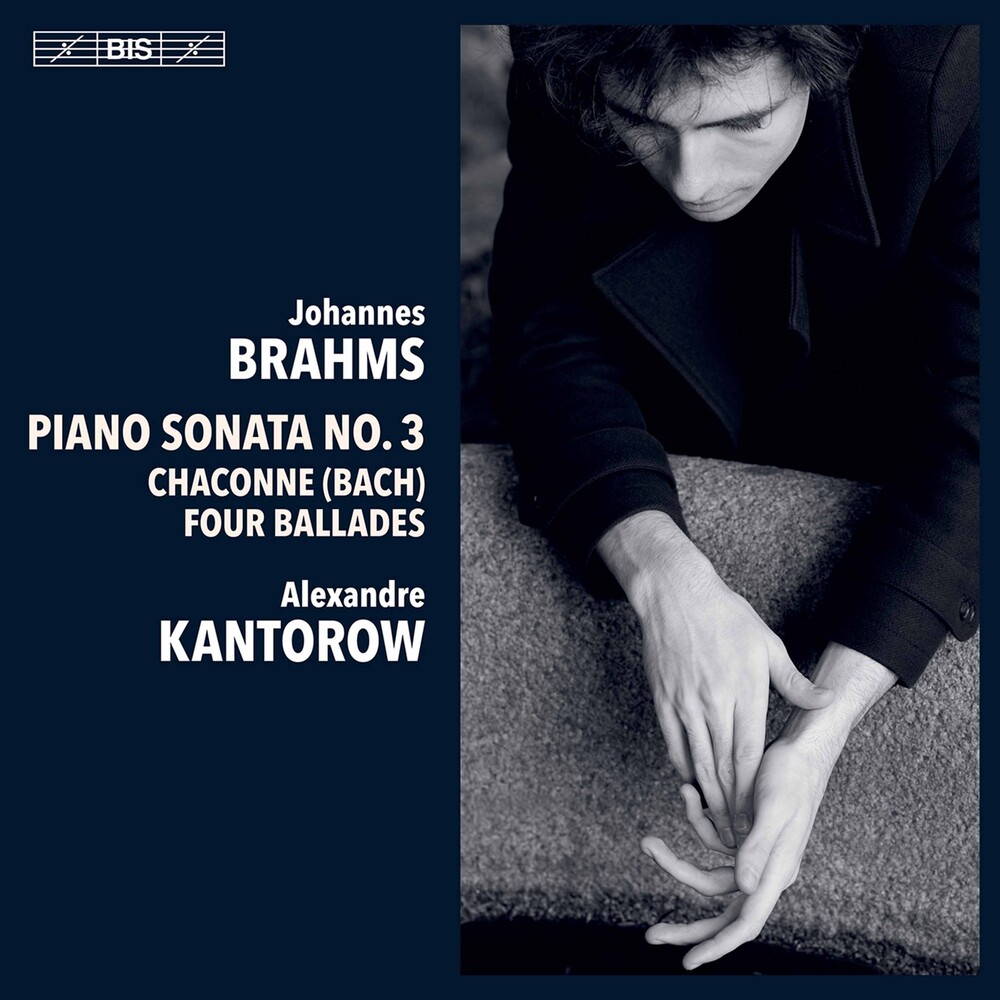 In 2019, when Alexandre Kantorow, at the age of 22, became the first French pianist to win the Gold Medal at the Tchaikovsky competition, his program included no less than three works by Johannes Brahms. Two of these, Piano Sonata No. 2 and the Rhapsody in B minor, he went on to record for release on his previous, highly praised recital disc, which was awarded distinctions such as Gramophone's Editor's Choice, Diapason d'Or, and Choc de Classica. The Brahms interpretations won Kantorow particular praise - the Guardian (UK) described them as 'magisterial' while the website ResMusica placed his sonata 'among the great reference recordings of the piece - if not the modern one.' There is much to look forward to, then, when Kantorow releases an all-Brahms album with a playing time of no less than 85 minutes. He opens with music by a composer of a similar age as himself: Brahms wrote the Four Ballades in 1854 while only 21 years old, taking up a fashionable genre introduced by Chopin as late as 1840. The set is followed by the even earlier Sonata No. 3 in E minor which forms the center of the program. The sonata is of almost symphonic dimensions and it was indeed, along with it's predecessors, famously described as a disguised symphony by no one less than Robert Schumann. To bring this stormy, impassioned album to a close, Kantorow has chosen a later, and contrasting work: With a lifelong admiration for Bach, Brahms in 1879 made a piano arrangement, for the left hand alone, of the iconic Chaconne from Partita No. 2 for solo violin - a composition that Brahms himself described as 'a whole world of the deepest thoughts and most powerful impressions'.