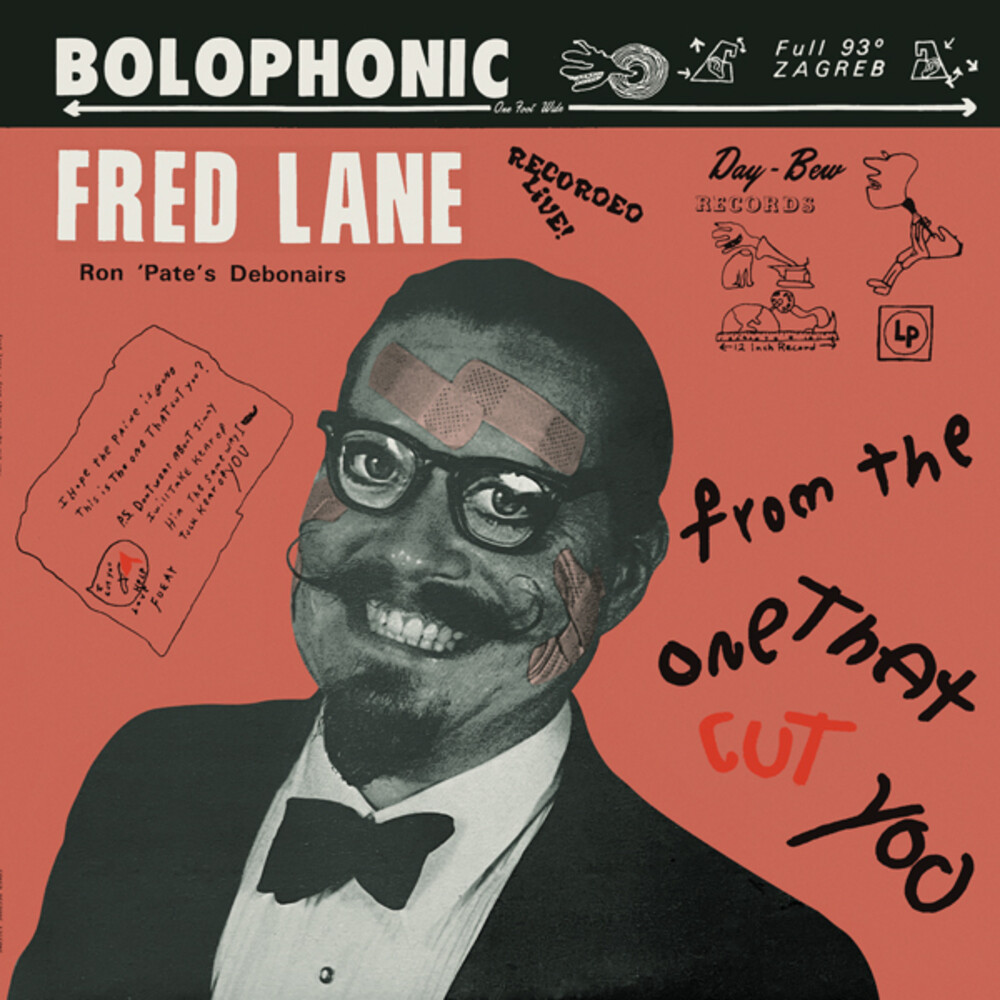 From The One That Cut You
Artist: Fred Lane
Format: Vinyl

As anyone who worked in a record store from the late 1980s to the mid-1990s can relate, the two Shimmy Disc albums released by the Rev. Fred Lane were the weirdest, most bizarre, abstractly enigmatic releases any of them had ever heard. From the dadaist titles and surrealist cover artwork to the absurdly peculiar lyrics and dementedly brilliant musical bent that careened from country to jazz to Morricone-inspired Western soundtracks, From The One That Cut You and Car Radio Jerome bewitched listeners with Lane's eccentric take on music and, by extension, life in general. Early internet chat rooms and message boards were devoted to solving the mystery. For decades, rumors swirled about them. "We would just stare at the album covers and kinda make up our own stories," Eric Friedl of Goner Records says of the misleading recording notations, fictitious back catalogs, and vague artistic allusions that dropped mostly fake clues for Lane's most astute fans to decipher. Then, in 2013, Lane himself surfaced at the University of Alabama for an exposition. Seven years later, Icepick To The Moon, a documentary about Lane by filmmaker Skizz Cyzyk, premiered. The film, which took more than twenty years to piece together, filled in most of the blanks that had stumped generations of fans. Learning the details of Lane's albums doesn't change their inscrutability. The alternate Alabama universe that Lane and his compatriots conjured up-in, of all places, the southern college football town of Tuscaloosa-is a metaphysical place as vast and imbued with meaning as Faulkner's Yoknapatawpha. As Friedl raves, "They're still different from any other record out there."