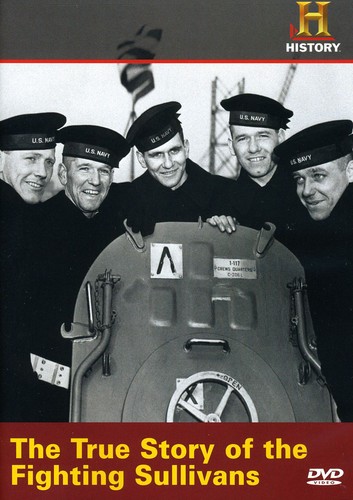 They were known as the Fighting Sullivans, and were by far America's most famous sailors. The destruction of their ship in 1942, however, turned this story of national heroism into one of deepest tragedy. On Friday, November 13, 1942, a Japanese torpedo struck the cruiser, USS Juneau, at Guadalcanal in the Pacific. On board the ship were perhaps the most famous sailors in the Navy: the five Sullivan brothers, who came to personify America's commitment to winning the war. In a tragic turn of events, the Sullivans and their shipmates were left to die in shark-infested waters. Could their deaths have been avoided? From the forging of their deep fraternal bond to their tragic end, THE TRUE STORY OF THE FIGHTING SULLIVANS chronicles the story of five brothers who sacrificed everything to remain united.