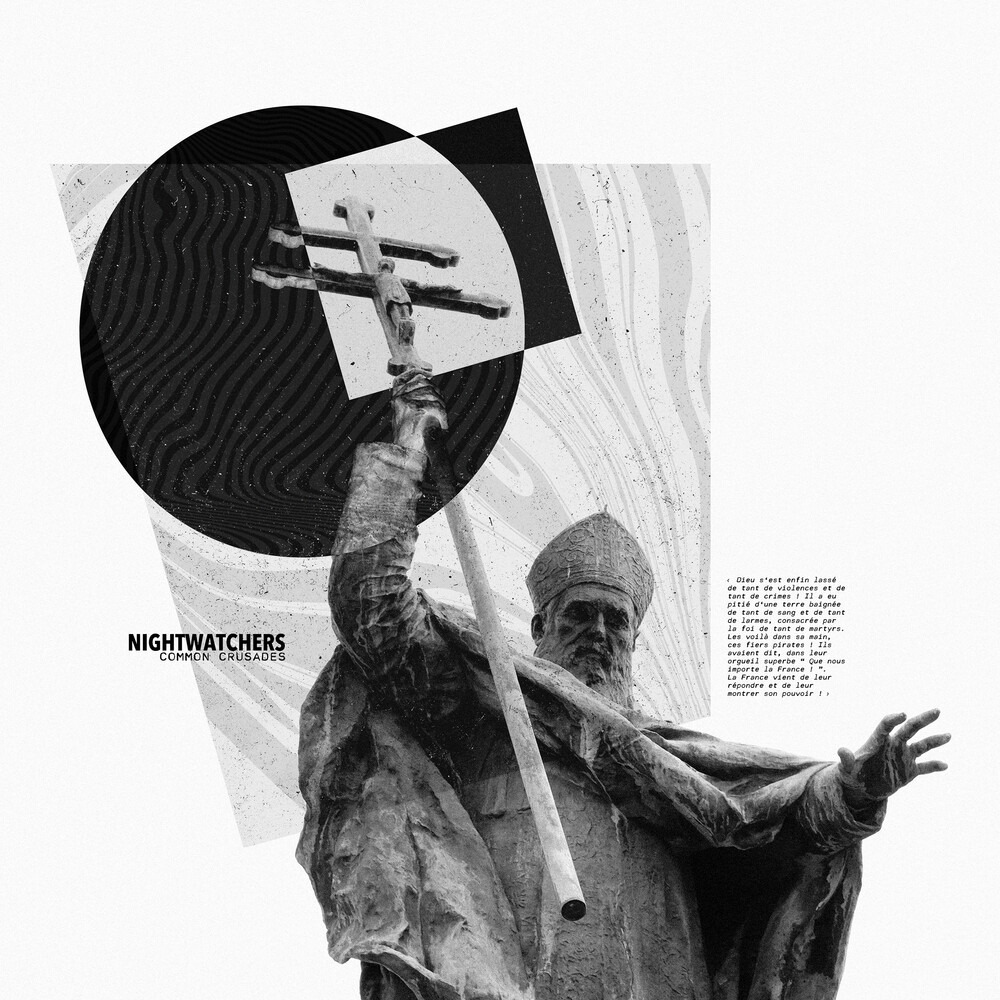 DISC: 1
1. For the Sake of the People and the Nation
2. The White Fathers
3. No Matter Who "Osei Kofi Tutu I" Is
4. 1905 ; the Muslim Exception
5. A Not-So-Secular State Culturalism
6. The Phantom Menace
7. G. Kepel, President Whisperer
8. Dismissed
9. Their Turn Trying to Rule the World
10. Just a Matter of Time

"Common Crusades" is the second full-length from the French punk band, and the musical and lyrical continuity of their 2019 thematic debut "La paix ou le sable". Political lyrics dealing with the conflicts rooted in France's colonial era clash with melodic, subversive, and gloomy and soundscapes throughout the tracks of "Common Crusades". An album that is as musically captivating as politically current. "Common Crusades" offers 10 melodic punk rock tracks, all contributing to the overall story and theme of the album. Fast-paced, distorted, and punchy cuts are mixed with tracks highlighting a colder and post-punk influenced side of Nightwatchers. The sound is perfectly captured by studio engineer Mathieu Zuzek. "Common Crusades" tackles the same issues that shaped Nightwatchers debut album "La paix ou le sable", but from a different perspective. Both albums deal with events surrounding France's violent colonization and exploitation of their occurred territories. While the lyrics of "La paix ou le sable" is based on excerpts taken from two historical books and written with the objective of raising awareness of France's colonial violence, "Common Crusades" mainly focuses on the aftermath of these conflicts, and how the colonial era still affects modern day France. In particular, it's muslim population. All the lyrics of "Common Crusades" are based on speeches or writings of personalities who played a role in the colonization process, as well as those who currently play a role in the perpetuation of colonial logic within the French society. The band explains that;