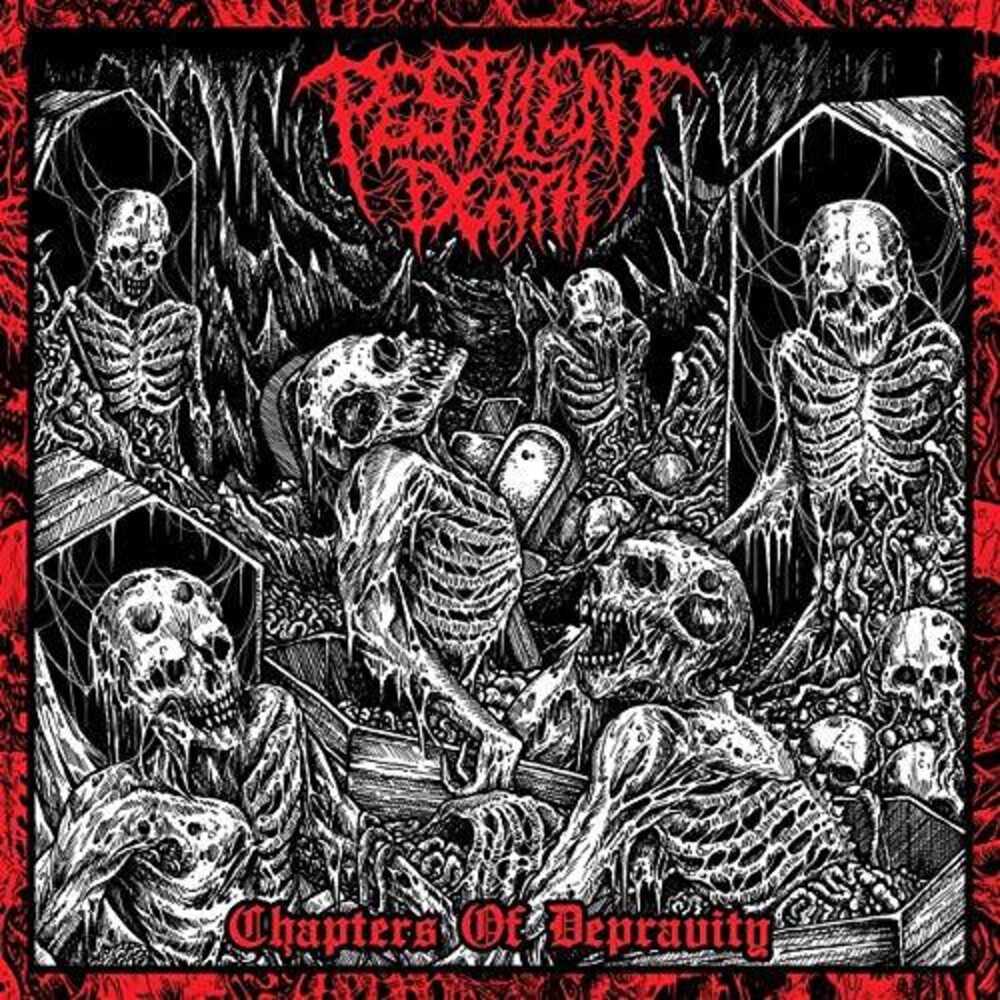 A filthy-yet-brooding style of TOTAL DEATH METAL - by death metal maniacs, for death metal maniacs. The specter of early '90s Finland looms large as well as the tendrils of influence the original Swedeath wave spread across the underground, but instead of offering slavish replication of yesteryear, Pestilent Death instead spit out a rottenly fresh take on pummeling putridity.