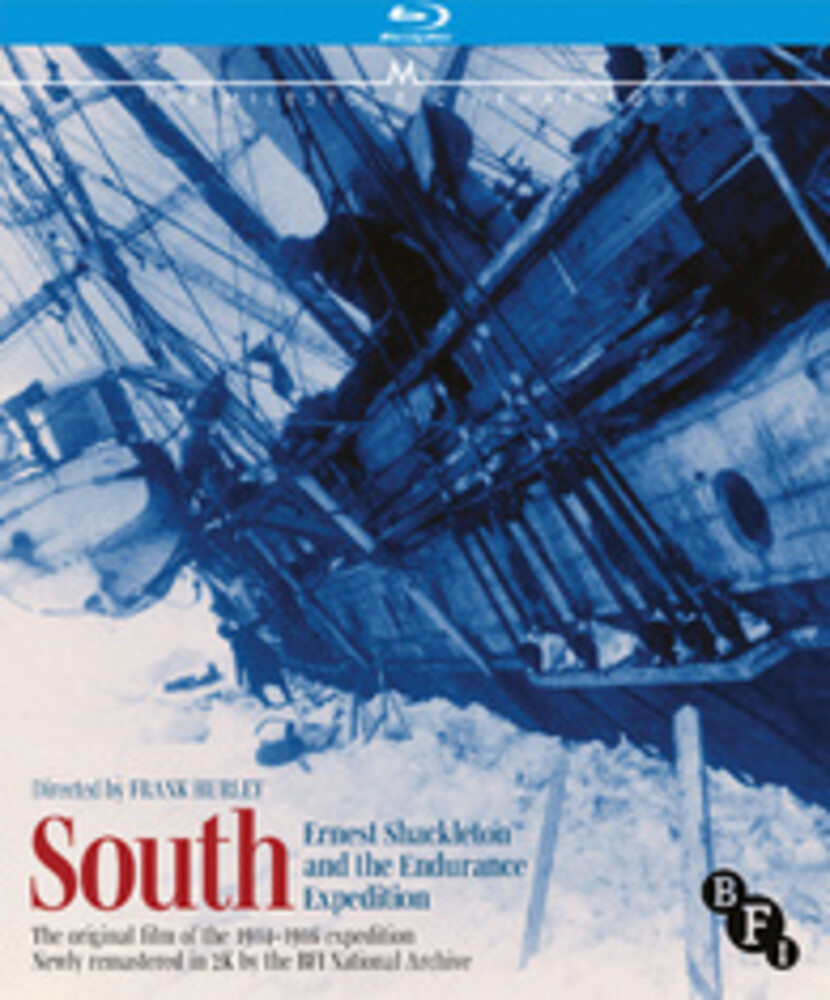 South: Ernest Shackleton and the Endurance Expedition (1919) is the original documentary of the greatest epic in the history of exploration, produced by Shackleton and Frank Hurley. When Shackleton set sail on the Endurance on August 8, 1914, he planned a brave attempt to cross the continent of Antarctica via the South Pole. But within a day's travel, the Endurance was trapped in unusually heavy pack ice. What followed is one of the most spectacular adventure stories ever-an unbelievable tale of courage and survival. The crew drifted on ice floes for months before landing on the completely deserted Elephant Island. With no chance for rescue, Ernest Shackleton and five of his men made a 850-mile journey in an open boat with only a sextant to guide them across the roughest seas in the world. Made newly relevant with the 2022 discovery of the Endurance at the bottom of the Weddell Sea - this Milestone Films release of South is newly restored in 2K by the BFI National Archive with the original tints and toning and a new orchestral score by Neil Brand performed by Covent Garden Sinfonia, making this Blu-ray release one to cherish.