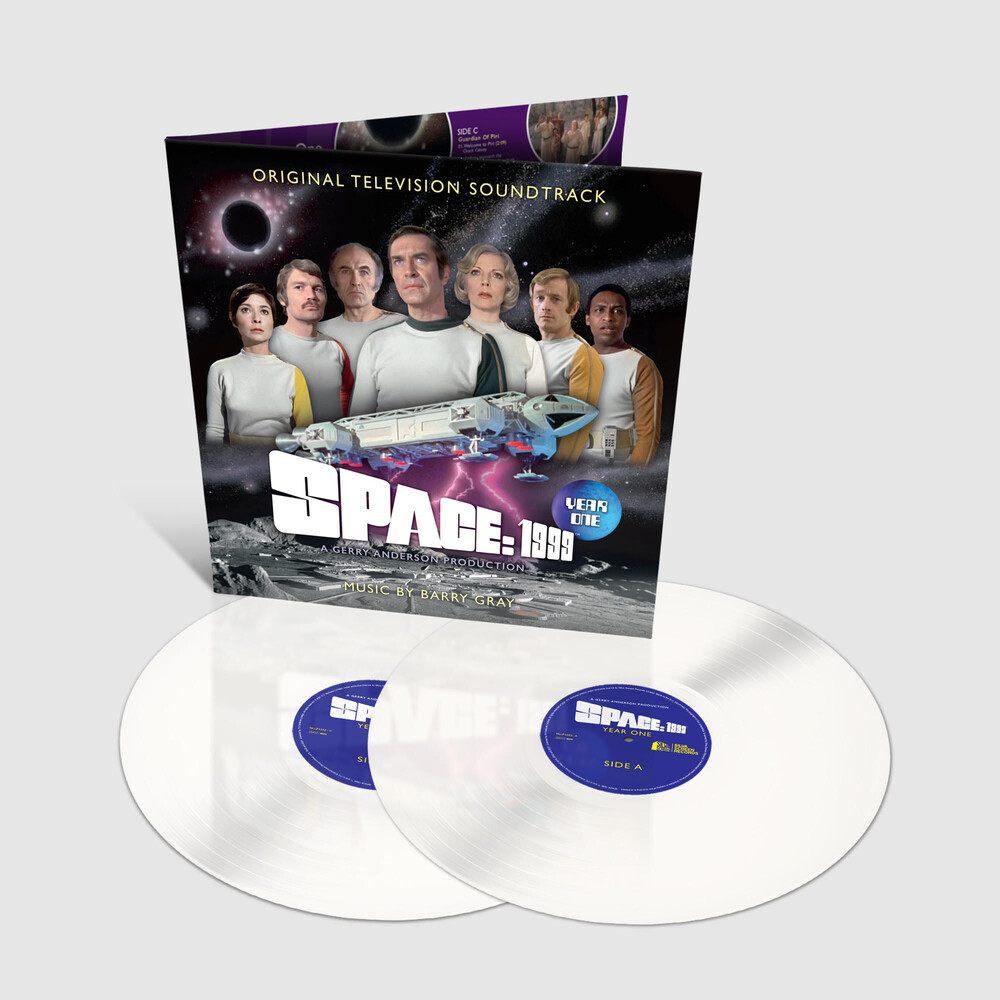 The latest release in the series exploring the musical worlds of Gerry Anderson is the most extensive yet. Space: 1999 ran for two series from 1976 to 1977 and depicted the occupants of Moonbase Alpha and their struggle for survival when, after the explosion of a nuclear waste dump, the Moon is hurtled into space.The series was the most expensive produced for British television at that time and the most musically diverse of all the shows made by Anderson for ITC. Gerry Anderson's long-time musical partner in all the previous adventures was Barry Gray and Space: 1999 proved to be the last of their collaborations. Uncut Magazine referred to Series 1 music as 'Pink Floyd without the mythology'. The first recording session for Space: 1999 took place on December 11th 1973 with a 52-piece orchestra performing the opening and closing title music. For the series' incidental music between 32 and 38 instruments were utilised at any one session, all conducted by Barry Gray. The selections from Year 1 show Gray's skills in creating a memorable opening theme as well as dramatically evocative cues highlighting the plight of the Alphans as they became known. The Year 1 album also showcases a selection of library cues which featured throughout the series.Barry Gray was a classically trained composer and a versatile musician and was amongst the first composers to use electronic instruments in music for television. Best known for creating the music for most of the Gerry & Sylvia Anderson television series in the 1960's and 70's (Fireball XL5, Thunderbirds, UFO, Space:1999), Barry Gray's complete musical opus is still not commercially available in it's entirety. Fanderson, dedicated to the productions of Gerry Anderson, has gained access to all Barry Gray's original studio tapes and have undertaken a major re-issue project. Together with Fanderson, Silva Screen Records is championing Barry Gray's incredible musical opus and is releasing the material in a series of physical and digital albums and vinyl records.