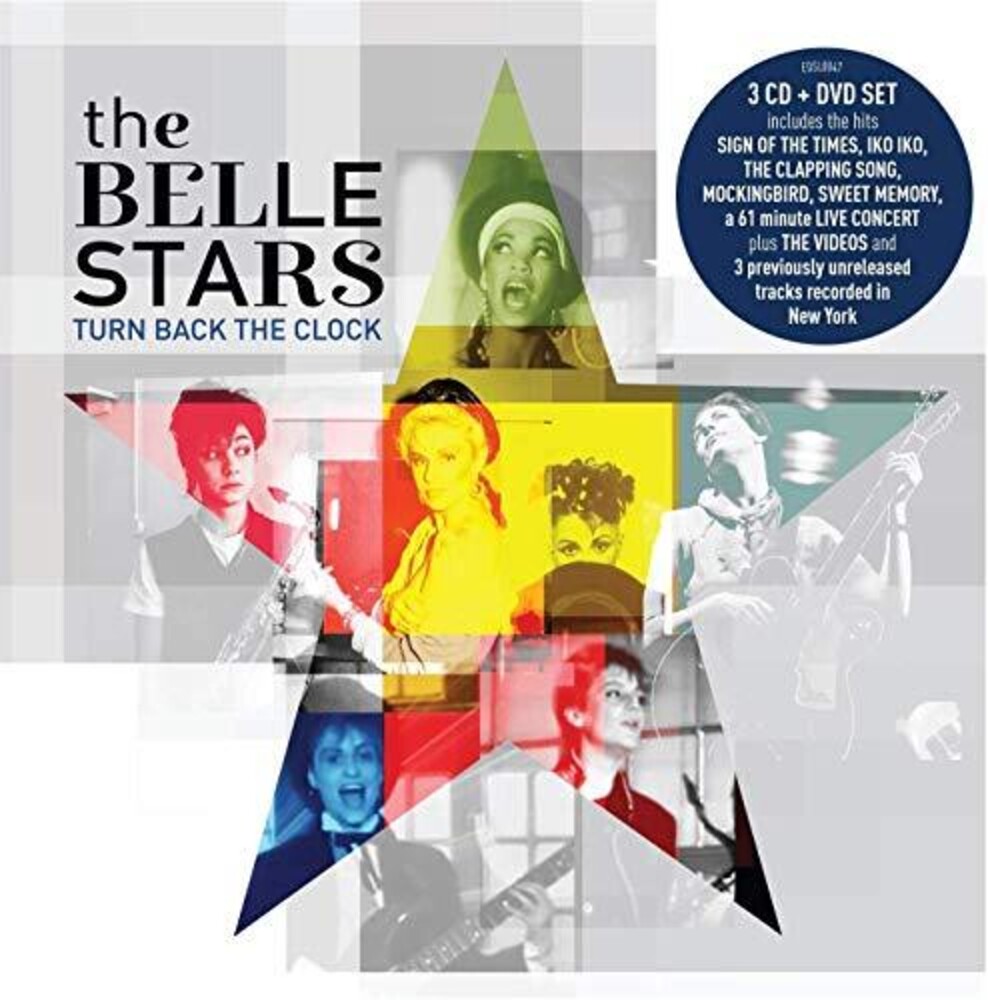 Three CD + DVD set. Formed in 1980 from the ashes of the Two Tone label act The Body snatchers, The Belle Stars - a seven-piece, all singing, all playing, all female combo - signed to the legendary Stiff Records label in 1981, enjoying seven UK singles chart entries between 1982 and 1984. This comprehensive compilation features the band's eponymous album, all the non-album A- and B-sides, plus three previously unreleased tracks produced by Anne Dudley, and a previously unreleased 61 minute concert recording from 1983. Also included all nine 12" re-mixes, plus two bonus remixes of "Iko Iko" created in 1989 (when the song was featured in the film Rainman) on CD for the first time. The DVD contains the promo videos, and the booklet features extensive reminiscences by the band members, along with photos and ephemera from their own collections