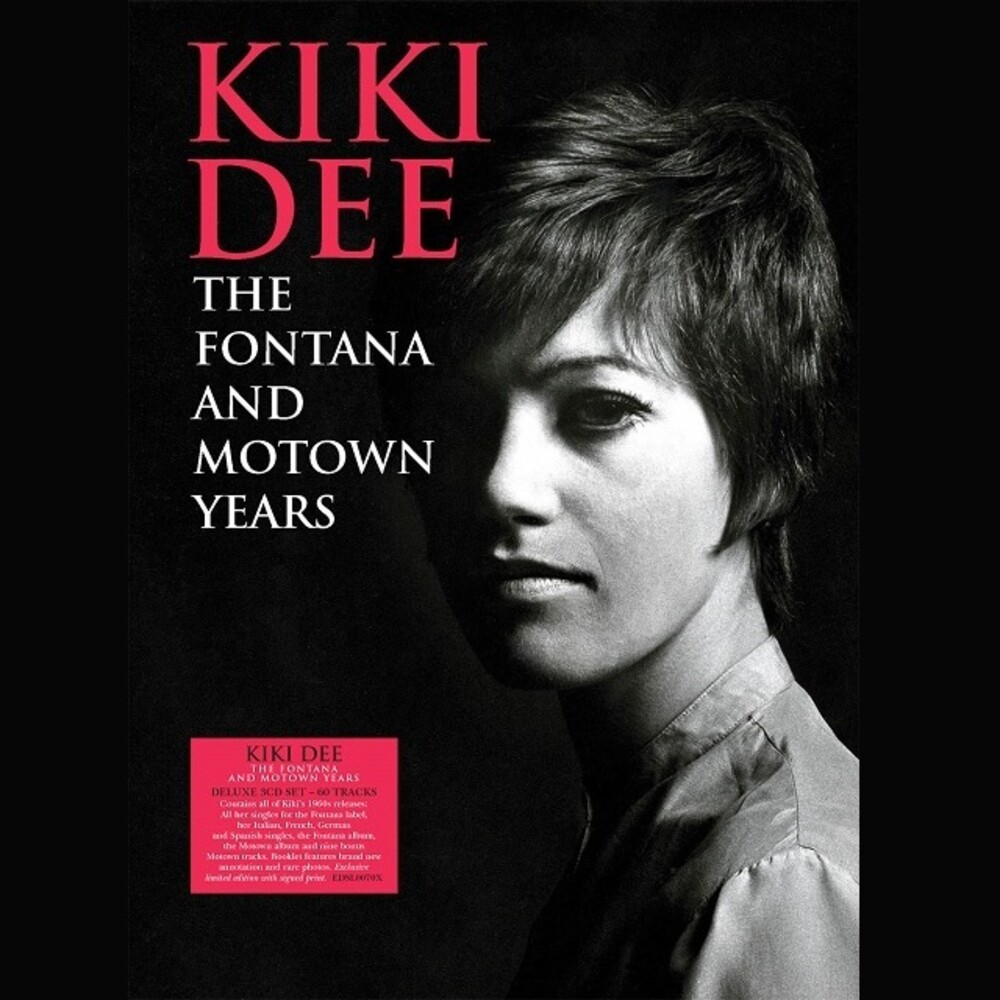 Three CD set. Signed to the Fontana label when she was just 16, Kiki Dee's first single, "Early Night" (penned by Mitch Murray) was released in May 1963, before Cilla Black, Sandie Shaw, Lulu or Dusty Springfield (as a solo artist) had released a record. She released a further eleven singles (plus several European versions) and an album on Fontana, before being signing to the Motown label, the first British artist to do so. This is the first comprehensive collection of all of Kiki's 60s releases, compiled with her involvement. Discs One and Two feature all of Kiki's singles for the Fontana label, including "(You Don't Know) How Glad I Am" and her Northern Soul classic "On A Magic Carpet Ride", as well as the I'm Kiki Dee album (with all twelve tracks in stereo on CD for first time). Also included are Kiki's ten European Fontana singles together on CD for the first time, seven on CD for the first time ever. Disc Three features her recordings for the Motown label - the original album Great Expectations and nine bonus tracks. Produced by Frank Wilson, Kiki covers such classics as "For Once In My Life", "I Second That Emotion", "Walk On By", "Put A Little Love In Your Heart", "You're My World" and "You Don't Have To Say You Love Me". The 28 page book features extensive brand new annotation by Alan Robinson, based on a 2020 interview with Kiki, as well as rare photos from Kiki's own collection.