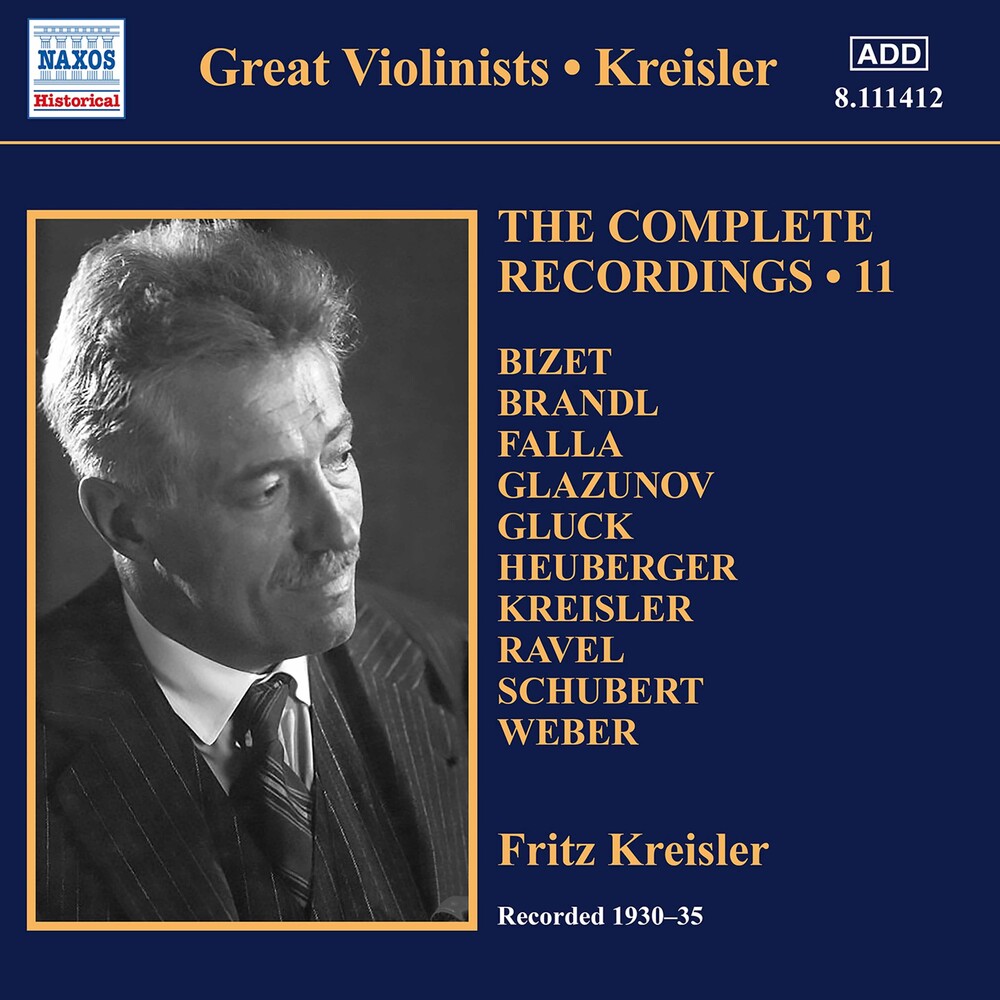 The period covered by these recordings was a momentous one for Fritz Kreisler as the ascent of the Nazis meant he was frozen out of German musical life. In 1930 he had managed to re-record a long sequence of titles in HMV's Berlin studios that had been unsuccessfully attempted in New York, and included here are three test pressings, unpublished on shellac. In London in 1935, Kreisler along with specially selected colleagues recorded his String Quartet in A minor, a work close to his heart. Additionally, an acoustically recorded bonus track is making a first ever appearance on album.