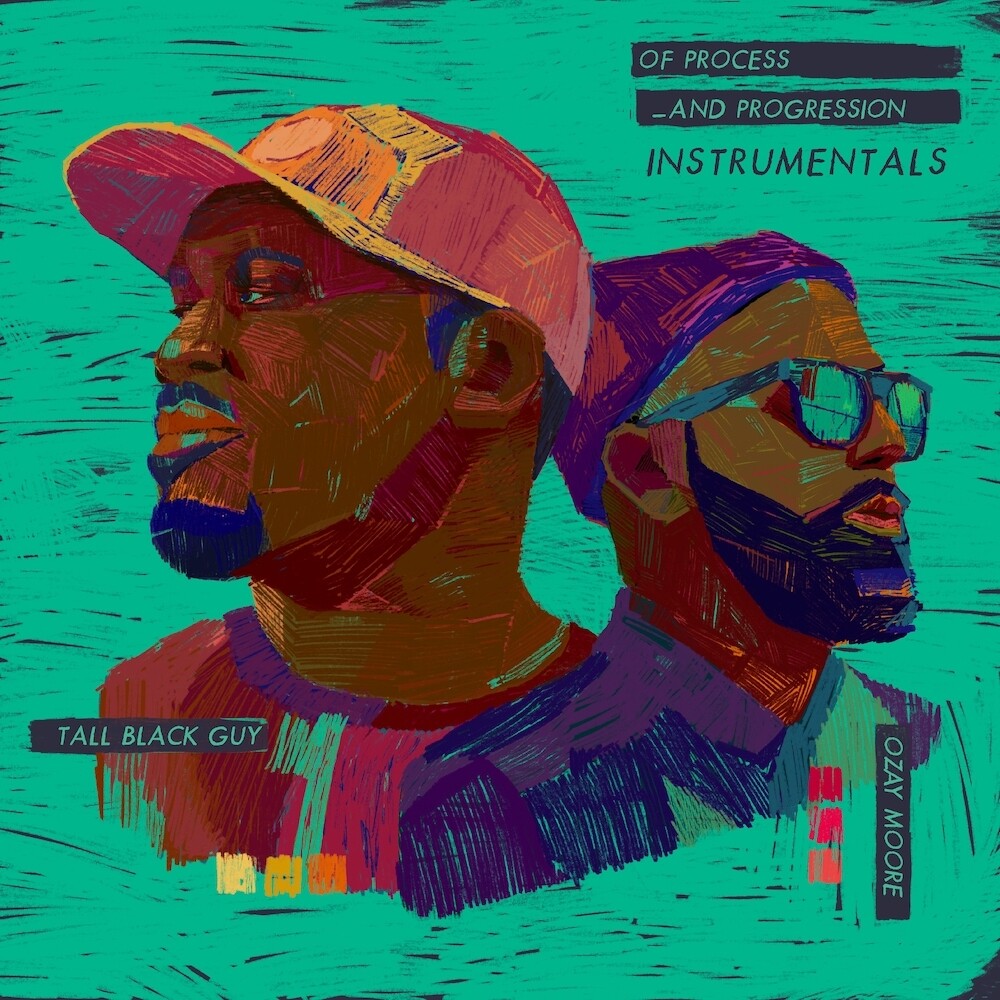 Tall Black Guy chases his extraordinary 2021-released collab LP, Of Process and Progression alongside emcee Ozay Moore, with the long awaited instrumental version. The record is a celebration of hip-hop and it's many influences, especially jazz, funk, soul, and R&B. And now that it's available in instrumental form, listeners can fully dive into and unpack the layers, samples, and sounds comprising the release. In speaking about his approach to the album's production, TBG explains the process as follows: "When myself and Ozay decided to come together to make OP&P, we really wanted to make it to where there were no skips. And the production had to be top notch." He goes on to say that he didn't want to just sample, but instead add live instrumentation and collaborations with other musicians to craft the sound they wanted. "I wanted to make sure Ozay had a lot of space to get his point across in the songs he was coming up with," TBG says. And while you can certainly hear that space in these instrumentals, they stand on their own as stunning odes to hip-hop and the genres that birthed it. This album is also brimming with musical Easter eggs on each song, particularly on repeated listens as the layers begin to unravel themselves to your ears. There is so much to love and discover within the instrumentals of OP&P, and for fans of TBG's past work, it exists as another triumph in what's becoming one of hip-hop's most thrilling discographies.