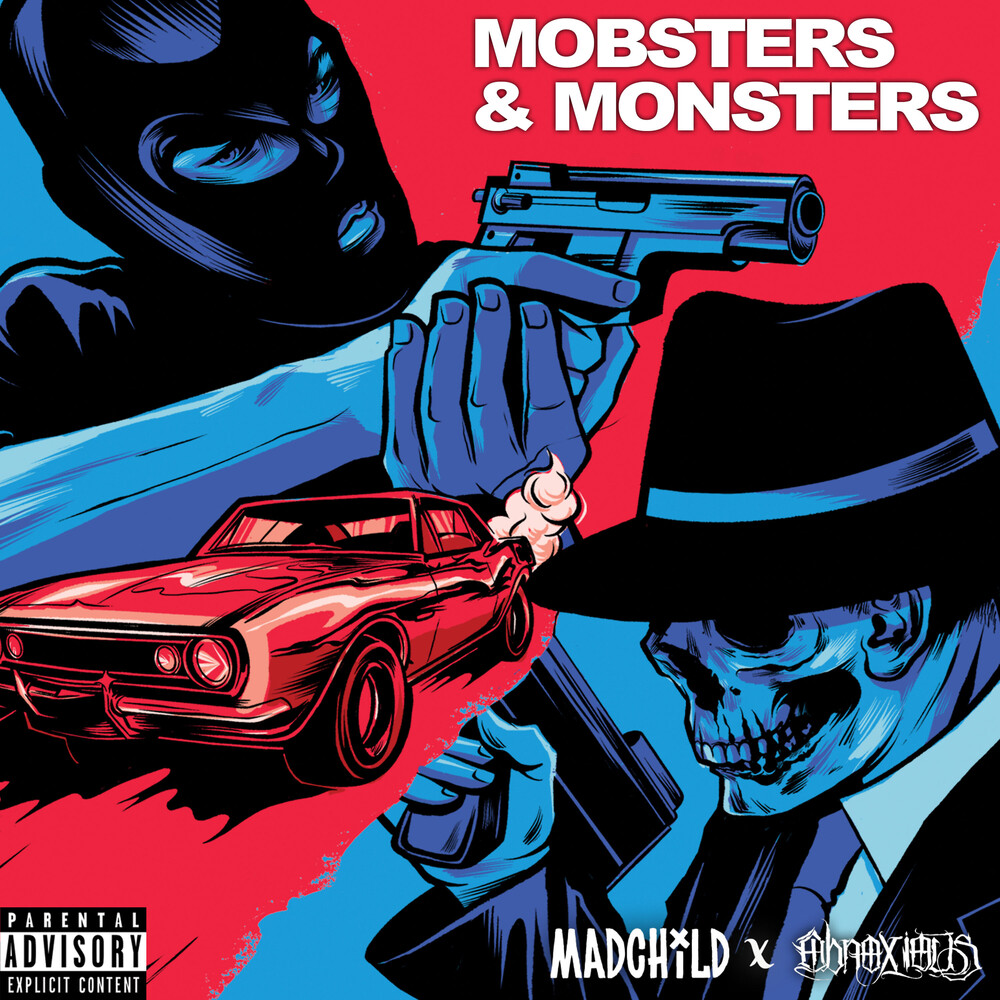 Canadian rapper Madchild has teamed with up-and-coming rapper, Obnoxious. When they got together the intention was to create a classic hip-hop record. The duo recorded at the Suburban Noize compound and laid down some vicious bars that exemplified the raw, gritty, and violent wordplay they loved. Taking inspiration from the places where Obnoxious grew up, the tougher Cartel Controlled Tijuana border neighborhoods of San Diego, the duo have created a deadly world on "Mobsters & Monsters". The songs take listeners back to the machete sharp rhymes, lyrical venom, and spellbinding beats fans have been clamoring for. "Mobsters and Monsters" will feature guest appearances by Ouija Macc, Sick Jacken and Henry AZ. The first single, "Black Out" has an accompanying video directed by Zabb King. Madchild's solo career and accomplishments as one-third of hip-hop crew Swollen Members have made him a legend in the game. Madchild helped put hip-hop on the map in his home country of Canada during the early 2000s, winning multiple Juno Awards and Much Music video awards while creating a legacy with Swollen Members. In 2012 Madchild launched his solo career with the release of his now classic debut album 'Dopesick', which would peak at #3 spot on the Canadian Billboard Top 200, and is certified Gold. With a grind rarely seen in veteran emcees, Madchild has continued to turn out gems, such as his joint album with Evidence "The Darkest Hour", and recently recording the joint album "Killing the Neighbors" with Tom MacDonald. Since signing with Suburban Noize Records, San Diego based emcee Obnoxious has been on a steady incline. Heard on King Klick's "We Want It All" and after releasing a series of solo singles like "Killshot", "Superstitious", and "Starstruck", Obnoxious' wordplay and rhymes have become razor sharp, reflecting a chaotic musical juxtaposition of grimy street life mixed with true hip-hop lyricism that will make your neck snap.