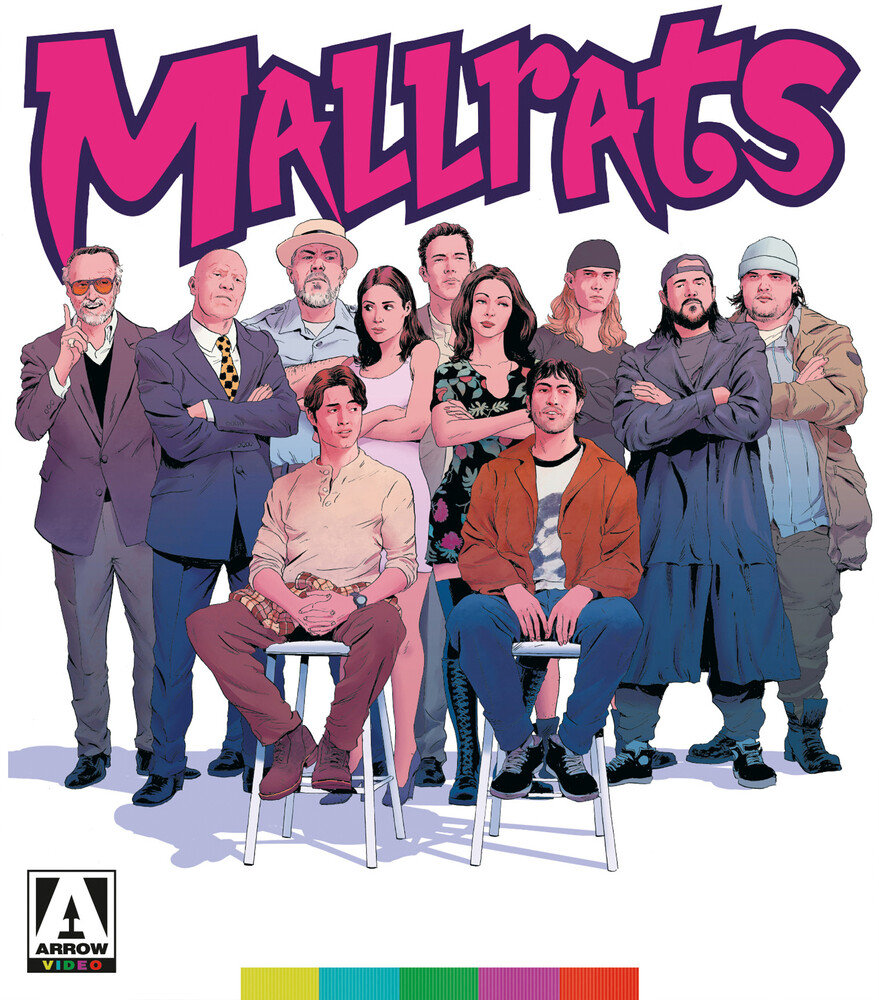 THEY'RE NOT THERE TO SHOP. THEY'RE NOT THERE THERE TO WORK. THEY'RE JUST THERE. Following the smash success of his first feature, Clerks, Kevin Smith returned with Mallrats. Spawning a raft of characters and in-jokes that Smith would carry throughout his career, the film continued the one-of-a-kind comedic world known as the View Askewniverse. Simultaneously dumped by their girlfriends, comic book obsessive Brodie (Jason Lee) and best friend TS (Jeremy London) plan to ease the pain of their losses by taking take a trip to the local mall. Amongst shoppers, they discover the mall is being used as the venue for a dating show, in which TS's girlfriend Brandi is the star. Hatching a plan to win back their significant others, Brodie and TS enlist the help of professional delinquents Jay and Silent Bob to hijack the gameshow in a bid to win back Brandi. Meanwhile, Brodie carries out his own mission to make good his relationship with Rene (Shannen Doherty), who has attracted the attentions of his nemesis Shannon (Ben Affleck). Featuring a cast including Joey Lauren Adams, Ben Affleck, who would go on to be recurring collaborators in Smith's movies, Mallrats celebrates it's 25th Anniversary in this limited edition set boasting a brand new restoration and hours of bonus content.