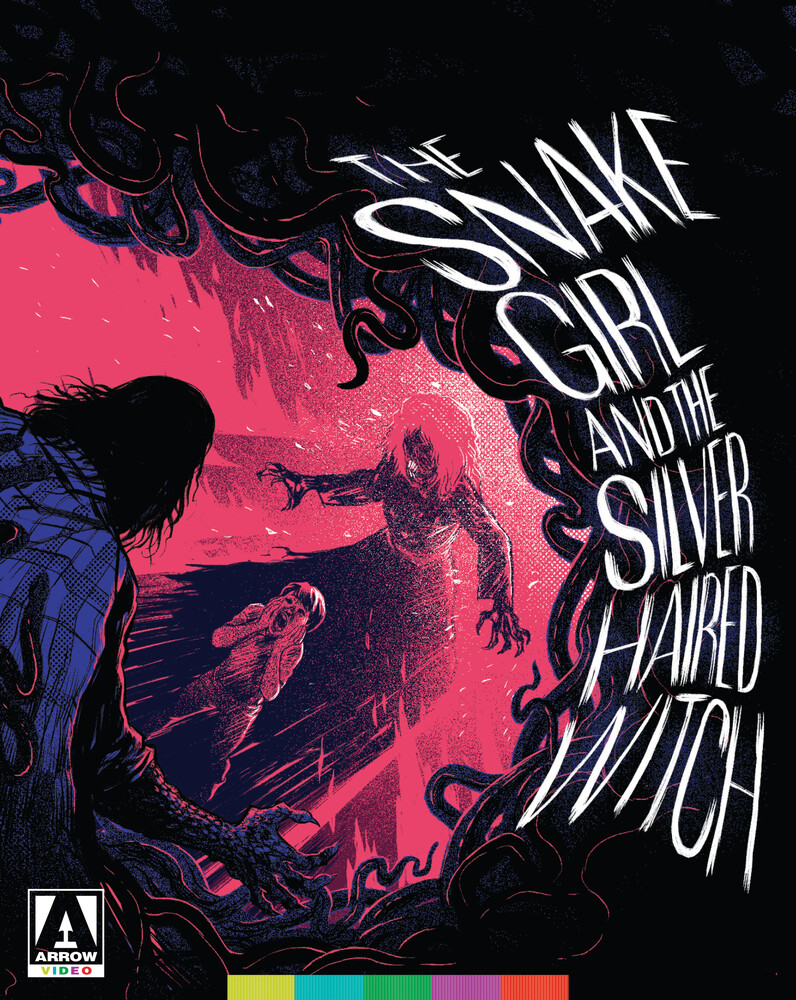 What do you get when Noriaki Yuasa, director of Daiei Studios' much-beloved Gamera series, makes a monochrome film adaptation of the works of horror manga pioneer Kazuo Umezu (The Drifting Classroom)? The answer is 1968's The Snake Girl and the Silver-Haired Witch, a fantastically phantasmagorical slice of twisted tokusatsu terror ostensibly made for children that will irreparably traumatize any child that sees it! A young girl named Sayuri is reunited with her estranged family after years in an orphanage - but trouble lurks within the walls of the large family home. Her mother is an amnesiac after a car accident six months earlier, her sullen sister is confined to the attic and a young housemaid dies inexplicably of a heart attack just before Sayuri arrives... is it all connected to her father's work studying venomous snakes? And is the fanged, serpentine figure that haunts Sayuri's dreams the same one spying on her through holes in the wall? Making it's worldwide Blu-ray debut and it's home video premiere outside Japan, this rarely-screened, nightmarishly disorienting creepshow not only displays a seldom-seen side of kaiju auteur Yuasa, but it's skilful blending of Umezu's comics (published in English-language markets as Reptilia) arguably anticipates many of the trends seen in J-horror decades later.