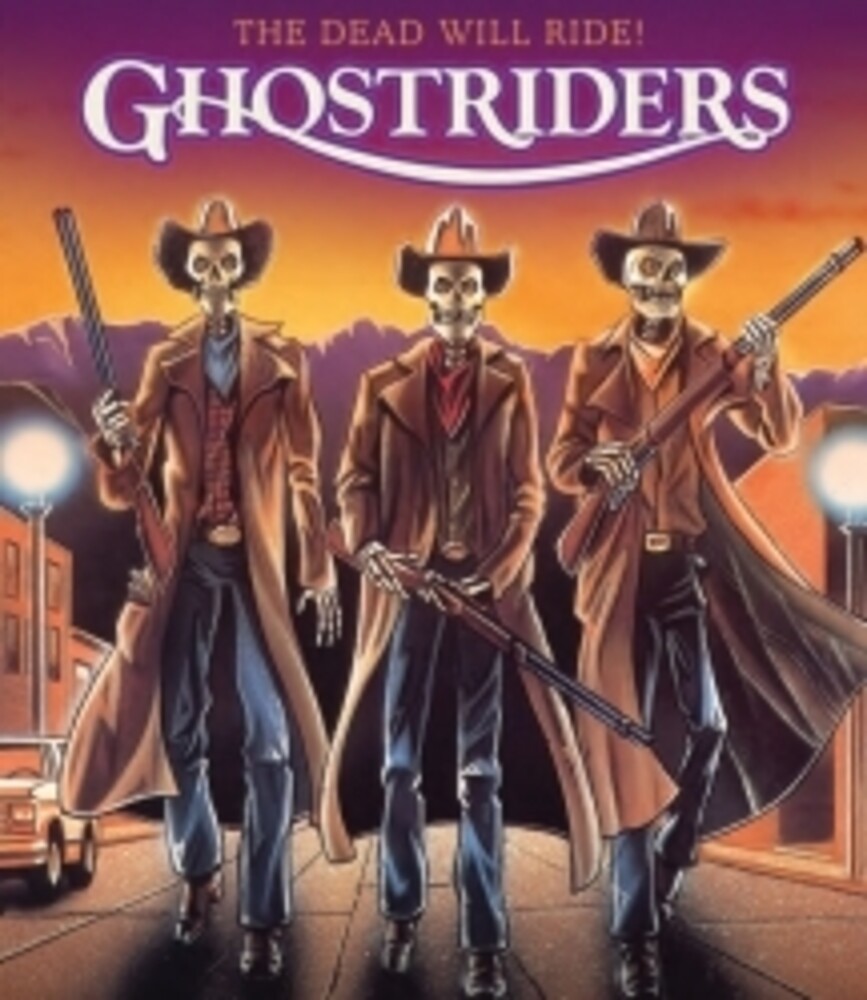 The lawless career of vicious desperado FRANK CLEMENTS is about to end. But as the hangman's noose tightens around his neck, the most feared outlaw of 1888 shouts a curse of revenge on the town Preacher, a curse which will haunt the Preacher's family down through the generations. 100 years later, Frank and his gang return from hell to wreak their revenge on PROFESSOR SUTTON, grandson of the long-dead Preacher. Sutton's son HAMPTON And his friends COREY and PAM also become innocent victims of the blood-thirsty Outlaws, who surround and stalk the terrified trio in the Texas woods. All attempts at defense are futile, as Hampton finds weapons are useless against these phantom cowboys - you can't kill what's already dead! Shooting bloody holes in everything that moves, the ghost riders force Hampton to watch his father die a slow and hideous death. In an attempt to save his friends, Hampton tries to escape, but his car becomes a blazing coffin of flames. Pam and Corey are bloodied but still alive. Hysterical and desperate, they discover the secret that will send the diabolical ghostriders back to Hell.