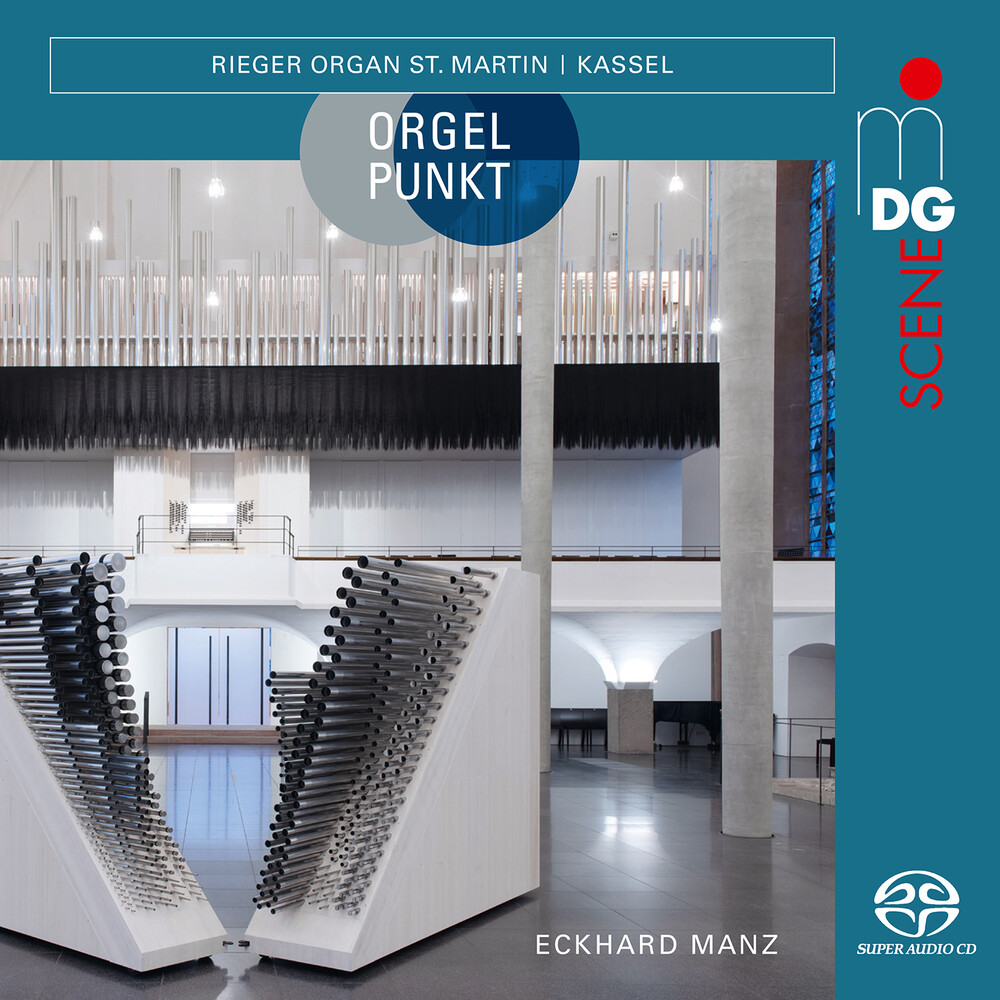 This instrument revolutionizes organ building. The main organ in the church of St. Martin in Kassel, consecrated in 2017, already boasts numerous innovations; now the experimental organ, completed in 2021, turns the laws of organ building that have applied for centuries on their head. With a technically highly innovative trick, the traditional Rieger company has succeeded in having the wind flowing into the organ pipe controlled by the touch of the key, stop slide and bellows system. The new sound cosmos of swelling and dying tones that opens up inspires young composers to experiment, documented for the first time on a brand-new Super Audio album that presents both instruments as a convincing unit in overwhelming spatiality. The main organ in St. Martin's is also visually an eye-catcher: the facade is spread across the entire width of the nave, with tufts of artificial hair in front of it's labia moving with every breath of wind. With two stops tuned in the middle tone, even the oldest organ music can be heard authentically, while a quarter-tone manual invites composers and audiences alike to embark on a journey of tonal discovery. St. Martin has been known for it's innovative spirit for centuries, and Johann Sebastian Bach was drawn to Kassel in 1732 to examine the organ. Bach is both the beginning and the end of Manz's program, which is extraordinary in every respect, with MessiaÃ«n's Pentecost Mass at it's center. Works by CabezÃ³n, Praetorius, BÃ¶hm and de Grigny represent the Renaissance and Baroque, while pieces from Caspar Johannes Walter's composition class represent contemporary, youthful music. Otfried BÃ¼sing uses the entire spectrum, from delicately disappearing tones to the mighty quarter-tone cluster: a gigantic rush of sound!