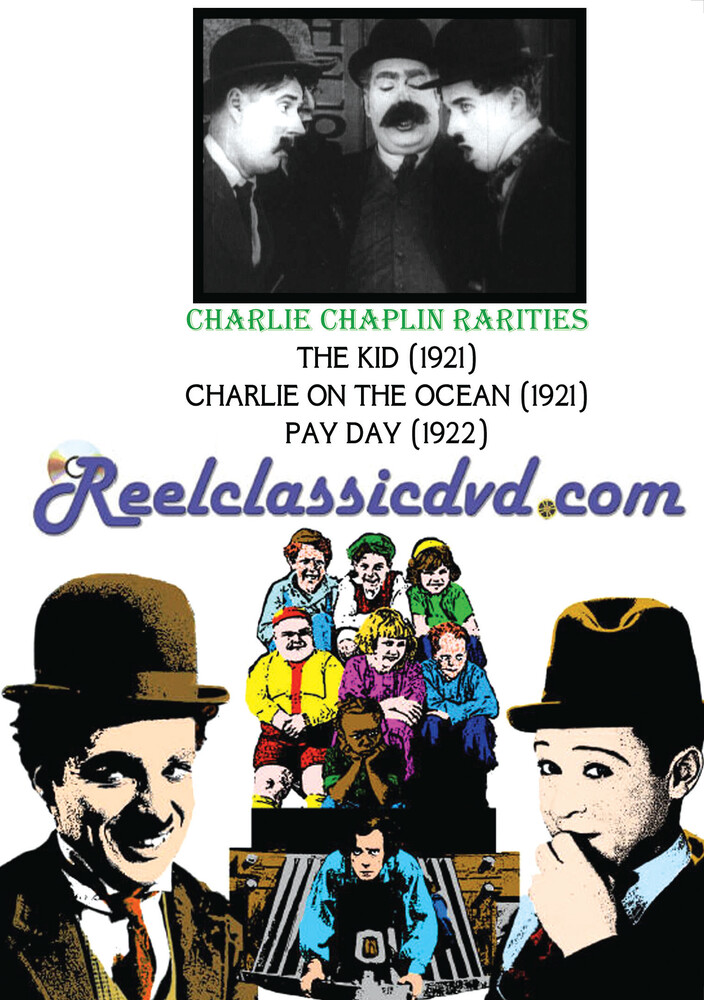 CHARLIE ON THE OCEAN A short documentary film produced by Topical Budget which chronicles Chaplin's first trip back to England following his phenomenal success in the U. S. First, Charlie receives a send-off from Mary Pickford and Douglas Fairbanks. Chaplin is then warmly greeted by his fellow passengers. He helps them organize a circus and a "Charlie walk" contest. Upon his arrival in England he is mobbed by throngs of adoring fans. Original music score composed and performed by Matthew John Marshall. PAY DAY (1922) starring Charlie Chaplin, Mack Swain, Phyllis Allen, Edna Purviance and Syd Chaplin. Charlie is a harried construction worker who tries to avoid the wrath of his brutal, rolling pin wielding wife after a night out with the boys. An unusual, shorter edit of this classic film with a vintage music and effects track. THE KID starring Charlie Chaplin, Edna Purviance, Jackie Coogan and Syd Chaplin. Chaplin's celebrated first feature film. A woman abandons her baby boy who is subsequently discovered and adopted by a lowly tramp. One of Chaplin's greatest achievements - combining laughter and tears. This version, taken from a British re-issue print, contains several scenes not included within commercial video releases. There's a scene in which Edna, after abandoning her baby, encounters a playful toddler which inspires her attempt to retrieve her own child. There's another scene in which Edna encounters a wedding party leaving a church. When the stained glass window behind her is illuminated, it creates the image of a halo around her head. There's also a lengthy sequence which depicts an accidental meeting between Enda and the father of her abandoned child. By all accounts, this version is much closer to the film as originally released than any subsequent re-issues.