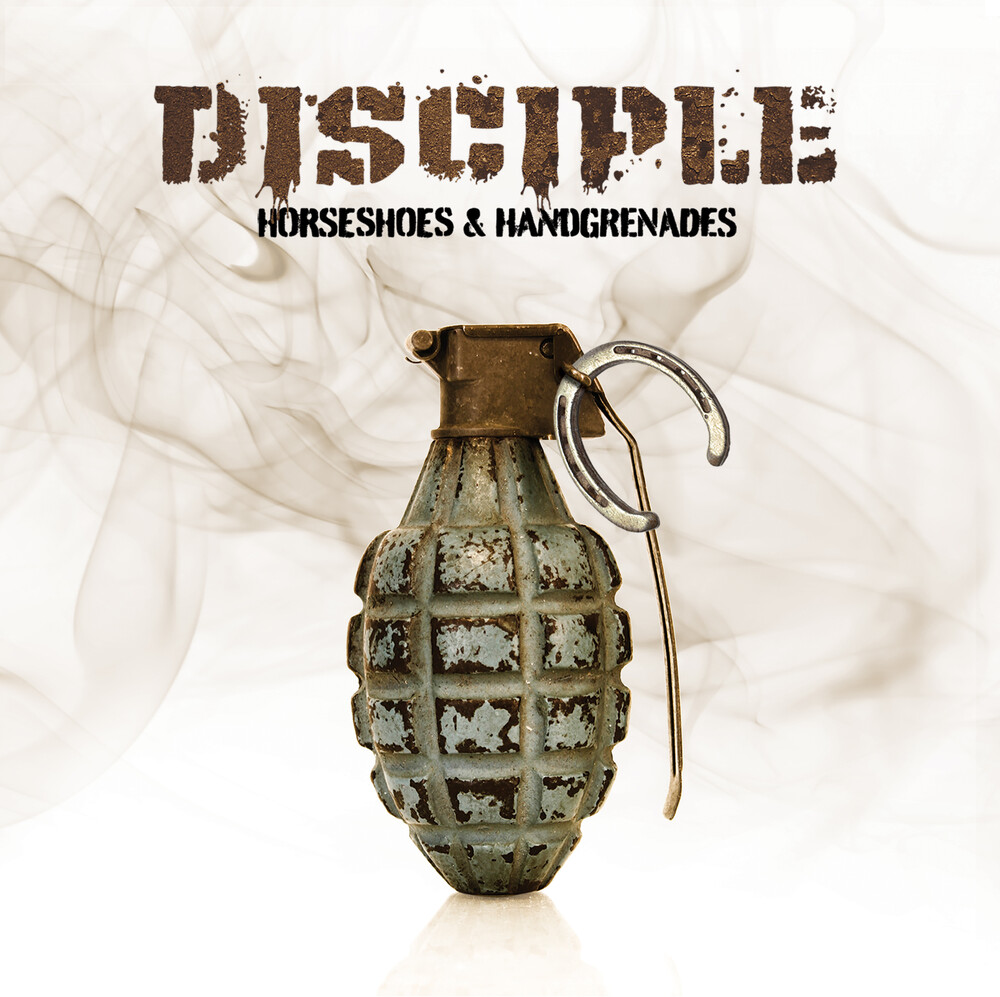 Shrapnel Brown Colored Vinyl with a 12' x 12' printed inner sleeve containing lyrics, this is hands down the definitive Disciple album. Now for the first time on vinyl. Horseshoes & Handgrenades was released in 2010. The album debuted at No. 50 on the Billboard 200. "Dear X (You Don't Own Me)" was released as the first single and peaked at No. 30 on the Hot Christian Songs chart. It lasted 21 weeks on the overall chart, their longest charting single on the chart. The song is played in a F minor key at 138 beats per minute. (Something musicians will really dig. Riding on the success of their Southern Hospitality album/tour, Disciple bunkered down in the studio for over a year, put out a worthy 36 songs on the chopping block, and ended up with twelve superior tracks. Produced by Rob Hawkins (of Starfield).