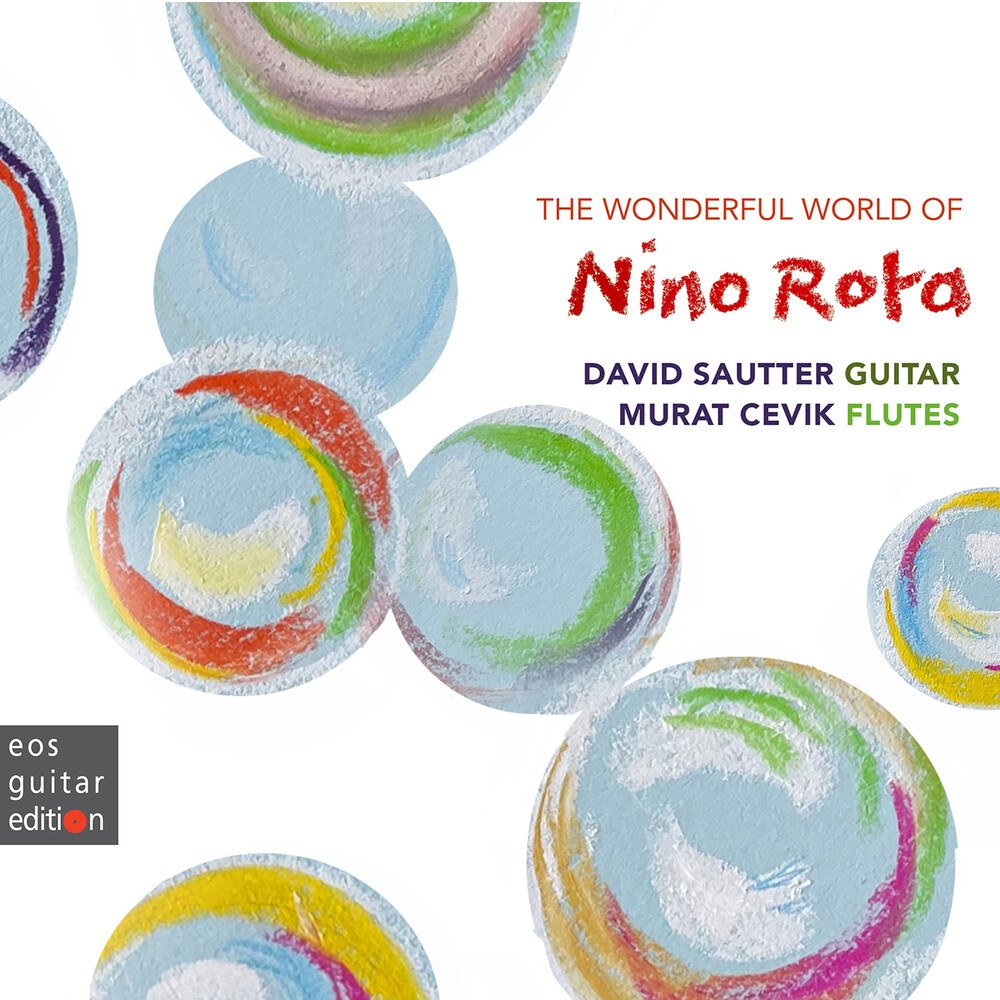 Cinema enthusiasts all over the world will have no difficulty recalling some of the wonderfully circus-like melodies of Federico Fellini's films. The suggestive power of this music is irresistible, and made it's composer Nino Rota (1911-1979) an instant classic. But Rota not only left his mark on the soundtrack of over one hundred and fifty films, he also left behind a multitude of other pieces: Operas, symphonies, concertos for orchestra and various solo instruments, and chamber music - all of the highest quality. A never-ending wealth of ideas and deep emotionality can be regarded as the common denominator in Rota's highly individual work. The many Rota interpretations and arrangements are joined by a very special line-up in this recording. The musicians David Sautter (arrangements, guitar) and Murat Cevik (flute) have put together 23 little-known pieces and "gutter hits". Rota's compositions appear to only have been waiting for the congenial performance of these two instrumentalists: the feather-light, sparkling, sometimes darker playing of Murat's flute, and David's guitar, which sets the beat and suddenly starts swinging. The excerpts from the "15 preludi per Pianoforte" form the enchanting prelude - flute and guitar in dialogue, dancing on the high wire -, followed by a musical bouquet in all it's colorful facets until the concluding "Notti di Cabiria"; here the duo casually lives out it's jazz affinity and harmoniously rounds off the homage.