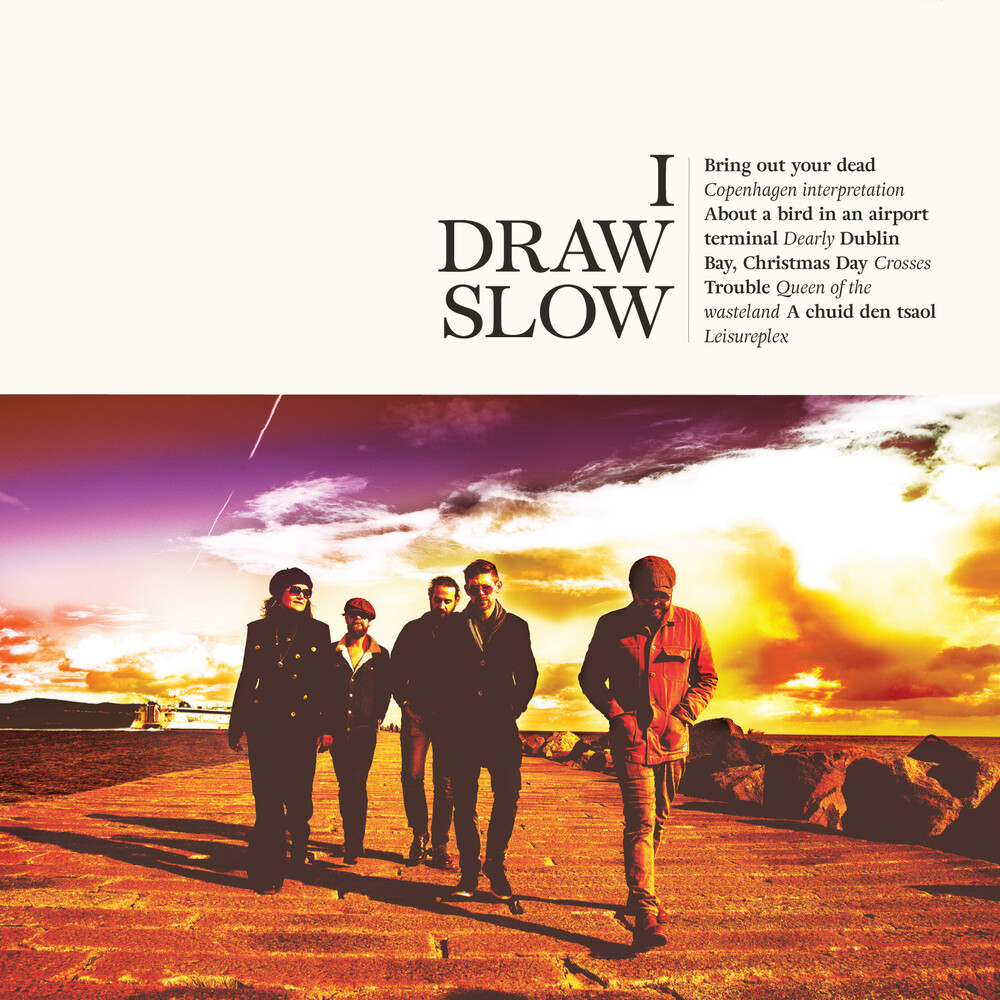 2022 release. I Draw Slow is one of the most unique bands on the Americana scene. Fronted by brother/sister songwriting team?Dave?Holden (guitar/vocals) and?Louise?Holden (vocals), ?this Dublin, Ireland-based group sits squarely at the crossroads of Irish and Appalachian music and has received critical praise for an original sound that bridges the gap between traditional Irish and American roots music. But as the pandemic closed in and touring came to a halt in 2020, the group was forced to put their burgeoning career on hold. The trauma wrought by the pandemic is ultimately what defines I DRAW SLOW, the band's new self-titled release. The process of writing and recording the album was completely unlike any of the band's previous albums. They each wrote and rehearsed separately and, by the time they finally convened in a farmyard studio in the Dublin mountains to record, they found they had undergone a fundamental shift in their outlook on music and on life. ?Sonically, the traditional Irish and Appalachian influences that inform I Draw Slow's prior releases were augmented by a much wider range of influences, including sixties pop, cinematic soundscapes and the funereal jazz of New Orleans. Lyrically, the new tracks pulled storytelling and tradition apart. As Louise says: "The new music represents tradition in the mixed up way that people live now, with the stories we tell to stop ourselves from going crazy and the false memories we build ourselves upon. "