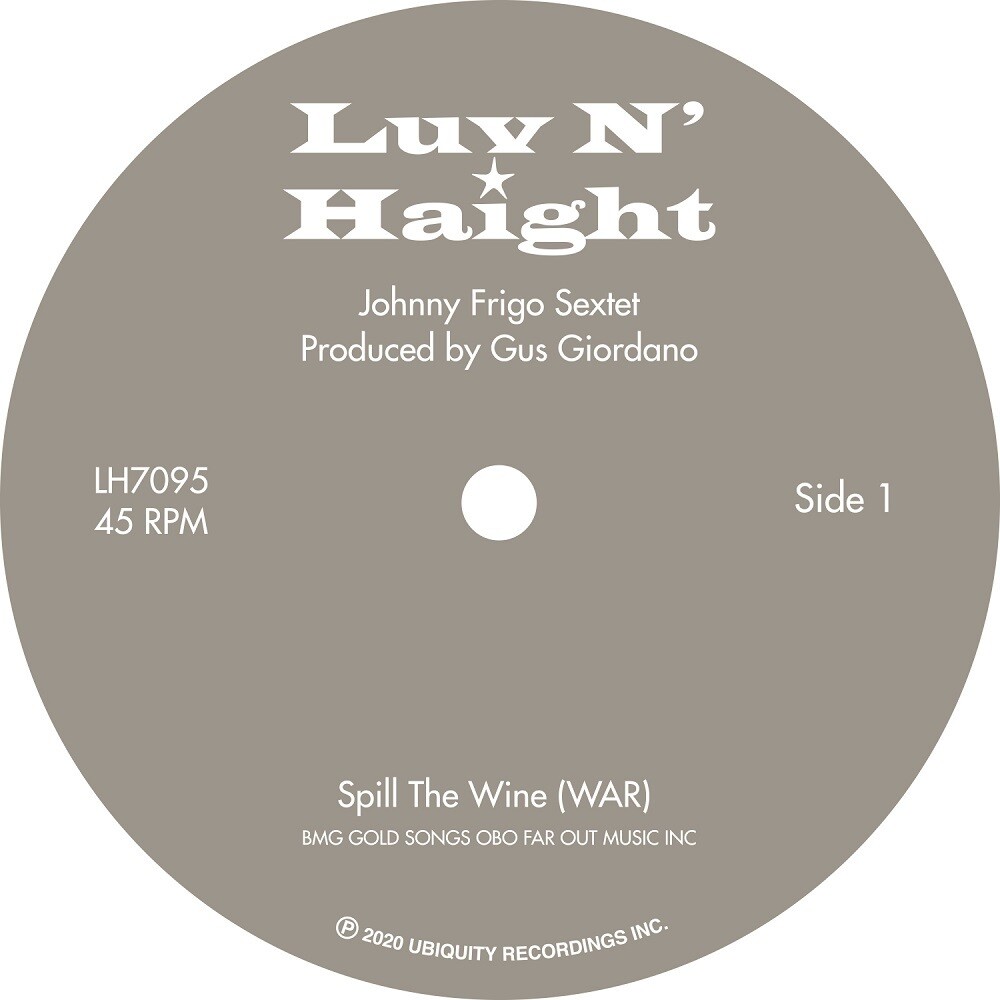 Originally released in the mid-to-late '70s on "The Electric Jazz of Gus Giordano" album, The Johnny Frigo Sextet's covers of "Scorpio" and "Spill The Wine" get a long-overdue 7 inch release. Previously included on Ubiquity's Groove Merchant "Trippin" compilation in 1996 and then again on "Johnny Frigo's Collected Works" re-issue by Luv N'Haight in 2002, "Scorpio" has been on the radar for a while with "Spill The Wine" now getting a proper re-introduction to folks who may have been unfamiliar with the Sextet's other works.  Side A features an over-the-top funky version of "Scorpio" by the legend Dennis Coffey. The original in and of itself is considered one of the top tunes in the Funk (and sampling) canon but this cover takes it further w/ open drums, wild organ taking the lead and a thundering bassline holding it all down underneath. "Spill The Wine" on the flip transports the original into Latin meets Jazz-Funk territory w/ flourishes of Exotica heaped in for good measure.