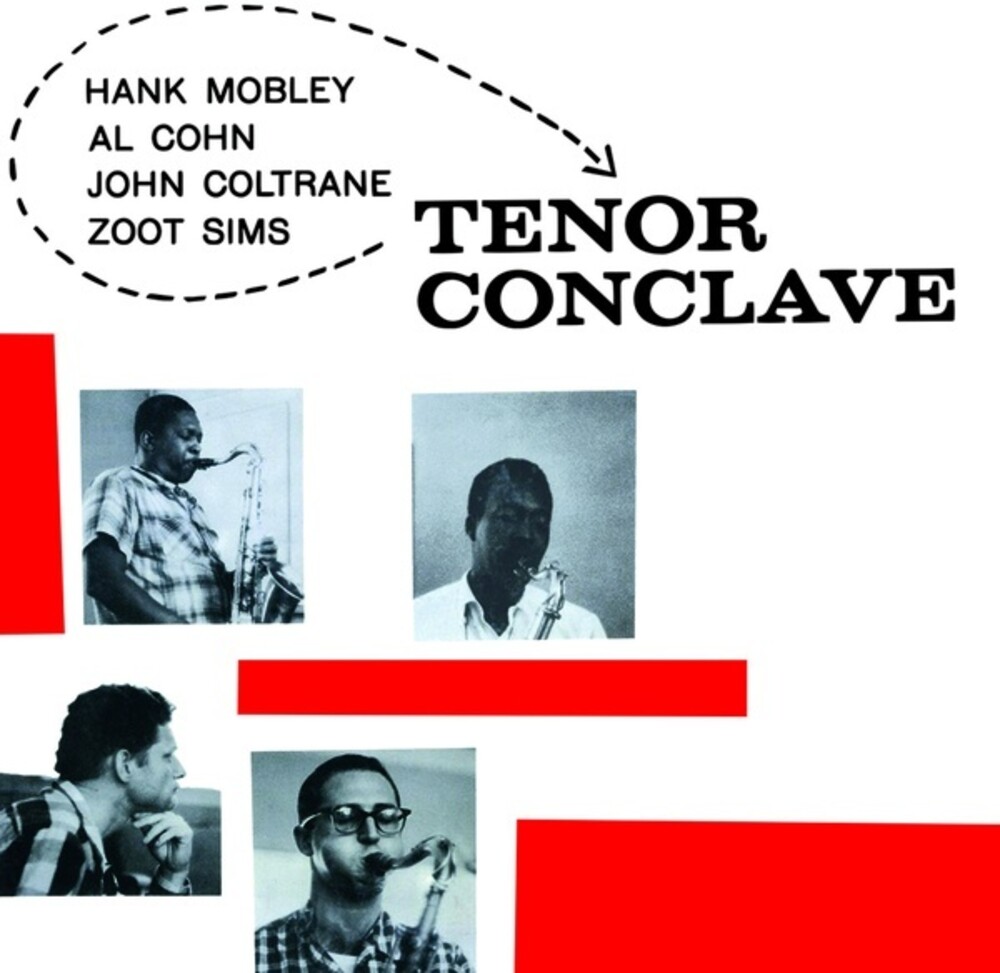 Vinyl LP pressing. Recorded in 1956 and issued in early 1957 by Prestige Records, Tenor Conclave displays an amazing all-star line up based on four of the greatest tenor sax voices of the time, Al Cohn, John Coltrane, Hank Mobley and Zoot Sims, along with a top class rhythm section featuring Red Garland on piano, Paul Chambers on bass and Art Taylor on drums. The result shouldn't be seen as just a great blowing session, in fact Tenor Conclave perfectly stands as a document of the state of the art of tenor saxophone at the end of the Fifties. Four young distinctive personalities teaming up on a great album full of hard swinging music. Highlights include a couple of Blues infected Mobley's originals and a highly sophisticated rendition of Irving Berlin's "How Deep is the Ocean".