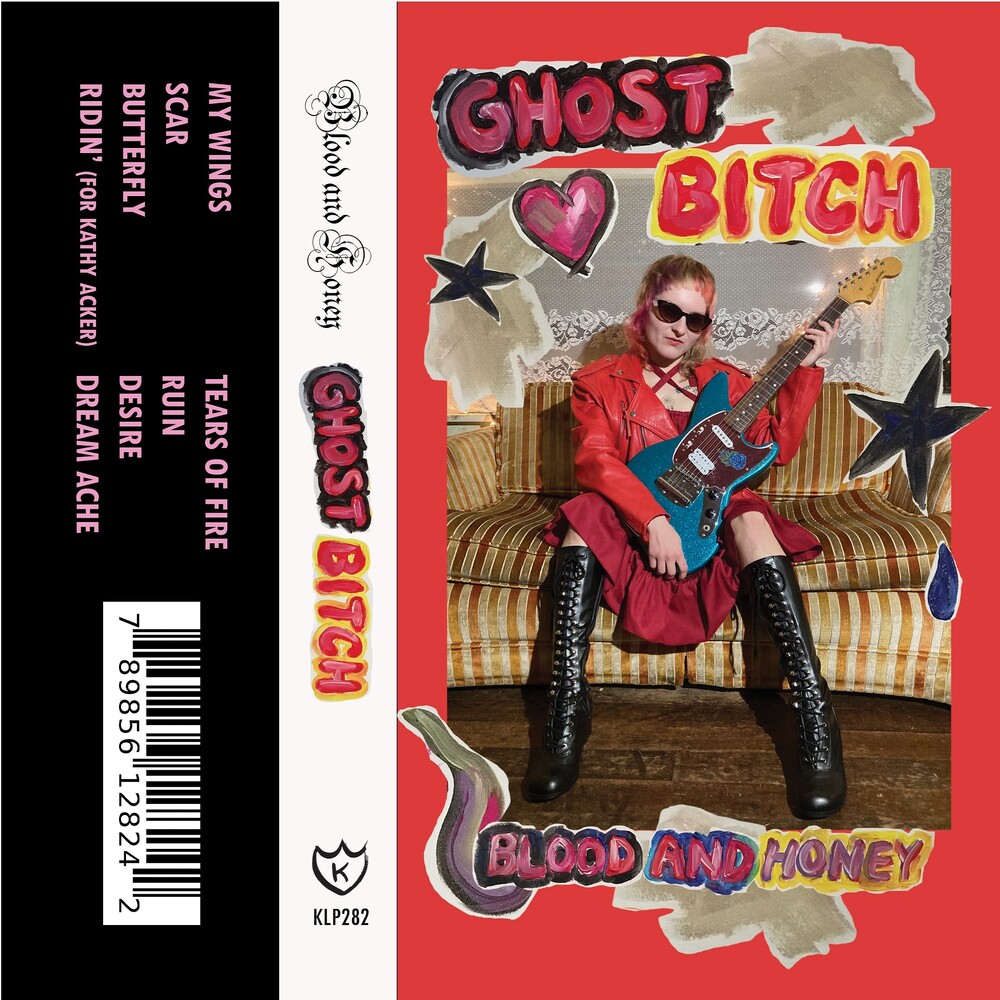 Ghost Bitch, like most suburban-bred "American" girls, has followed the traditional Britney Spears to Rowland S. Howard trajectory. On her 10th birthday, her wish came true when she was given an electric guitar, but she somehow managed not to learn a single chord (by her estimate) for the next 13 years. That did not stop her from beginning to perform in "Olympia, WA" on her own and in the short-lived punk band KZV, and later, Desire Complex, Di. Or. And Babyface Evil. What originally started (Ghost Bitch!) as a solo noise project and an outpouring of grief has slowly transformed into a poetic yet primal force of rock-n-roll while maintaining the touch of an exorcism, of late, a danceable one nonetheless. Ghost Bitch's new album Blood and Honey was recorded in six hours by Capt. Tripps Ballsington at High Command in October 2021. It was written in "Olympia" during the pandemic while long awaiting a move to Naarm ("Melbourne, Australia"). Blood and Honey is brutally romantic and funny the way a Baudelaire poem is funny, reveling in turning things upside down, most of all- beauty, yet this time spoken from the mouth of the razor-sharp, decaying Venus herself.