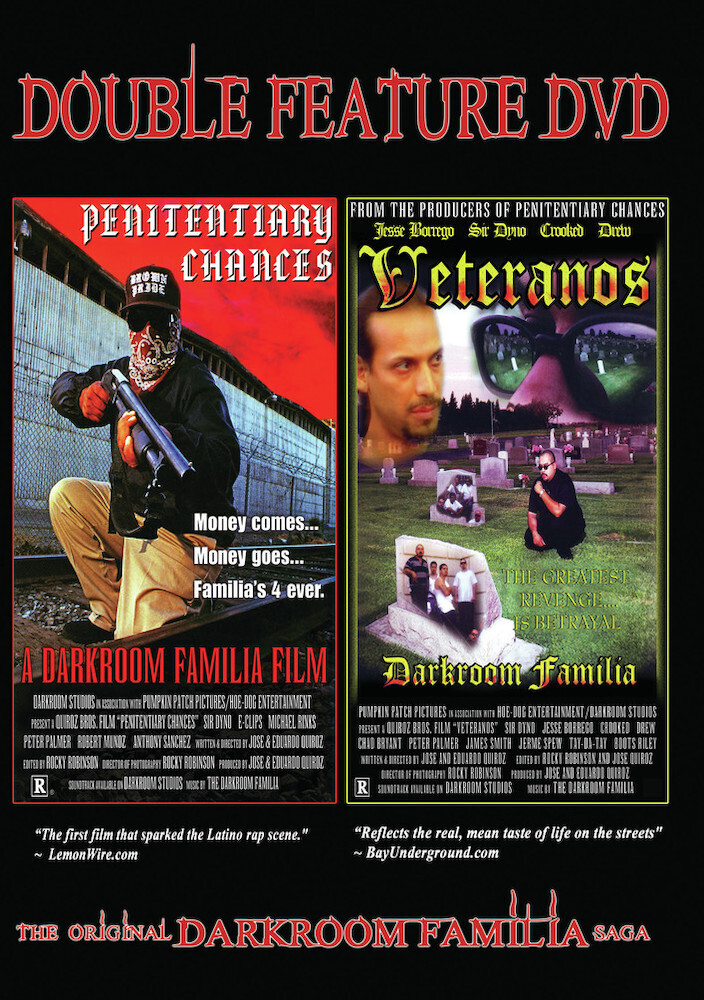 PENITENTIARY CHANCES: This gritty short-form prequel to the cult hit Veteranos premiered at the San Antonio and SXSW-Alt Film Festivals in 1998. Follow two homeboys willing to take penitentiary chances to get out of the barrio by working for a couple of racist drug-dealers. Take a trip into an underworld most people don't get to see-where deals go bad and huge risks are taken for survival! VETERANOS: Jesse Borrego (Blood in Blood out/Bound by Honor, Con air, Mi Vida loca) stars in this hard-edged story of life in the barrio. War has erupted in a hispanic ghetto where crime runs rampant and life is cheap. Frustrated by the continuous murders of many friends, some neighborhood homeboys turn to a local veterano (Street Veteran) for help. An action packed story full of loyalty and betrayal.