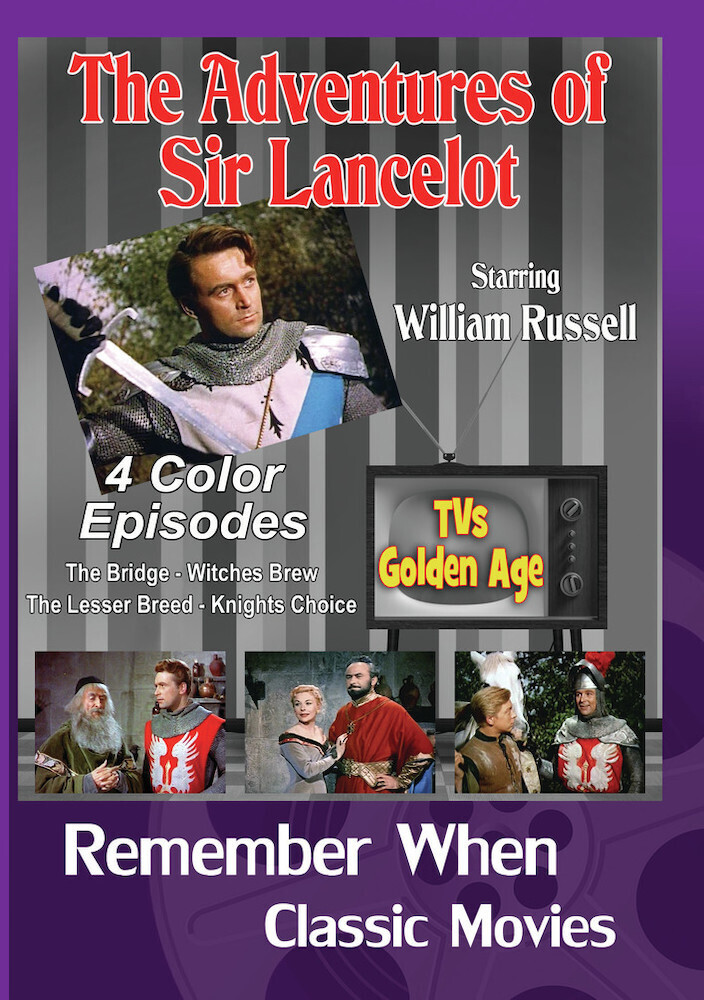 A superb series of half-hour episodes starring William Russell, Cyril Smith, and Ronald Leigh-Hunt. In all of Arthurian legend, the most famous of the Knights of the Round Table is undoubtedly Sir Lancelot. This series, painstakingly researched by the History and Literature Department of Oxford University, re-creates some of the notable exploits of the famous Knight, as well as the deeds of the other members of King Arthur's court. The Adventures of Sir Lancelot is a British television series first broadcast in 1956. In the United States it was originally broadcast from 1956 to 1957.