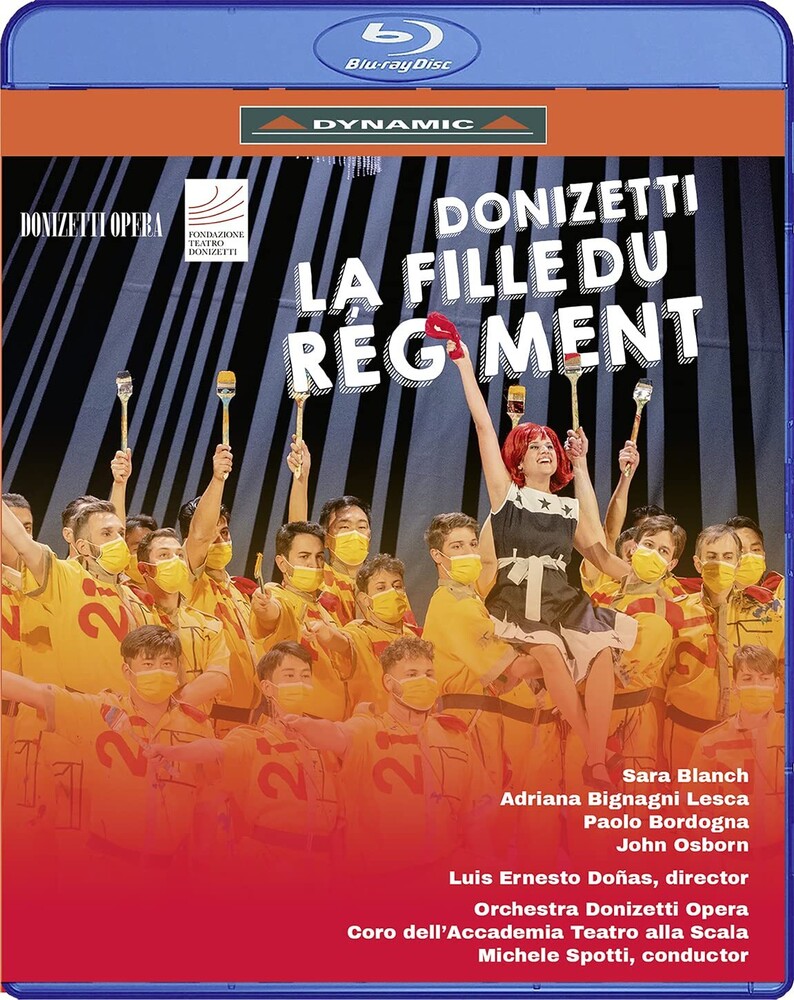 An opÃ©ra-comique by an Italian composer? This was a rarity in it's day, but after the "barely averted disaster" of it's opening night, Donizetti's La Fille du rÃ©giment became a popular success, not least for the high Cs demanded from Tonio in the famous tenor aria "Ah! Mes amis, quel jour de fÃªte!" The story revolves around Marie, the canteen girl of the Regiment, whose lover Tonio joins the army to be near her just as she is claimed for marriage into nobility. This acclaimed Teatro Donizetti production was considered by turns "hilarious... tender and moving... [and] overwhelmingly brilliant" by bachtrack. #com