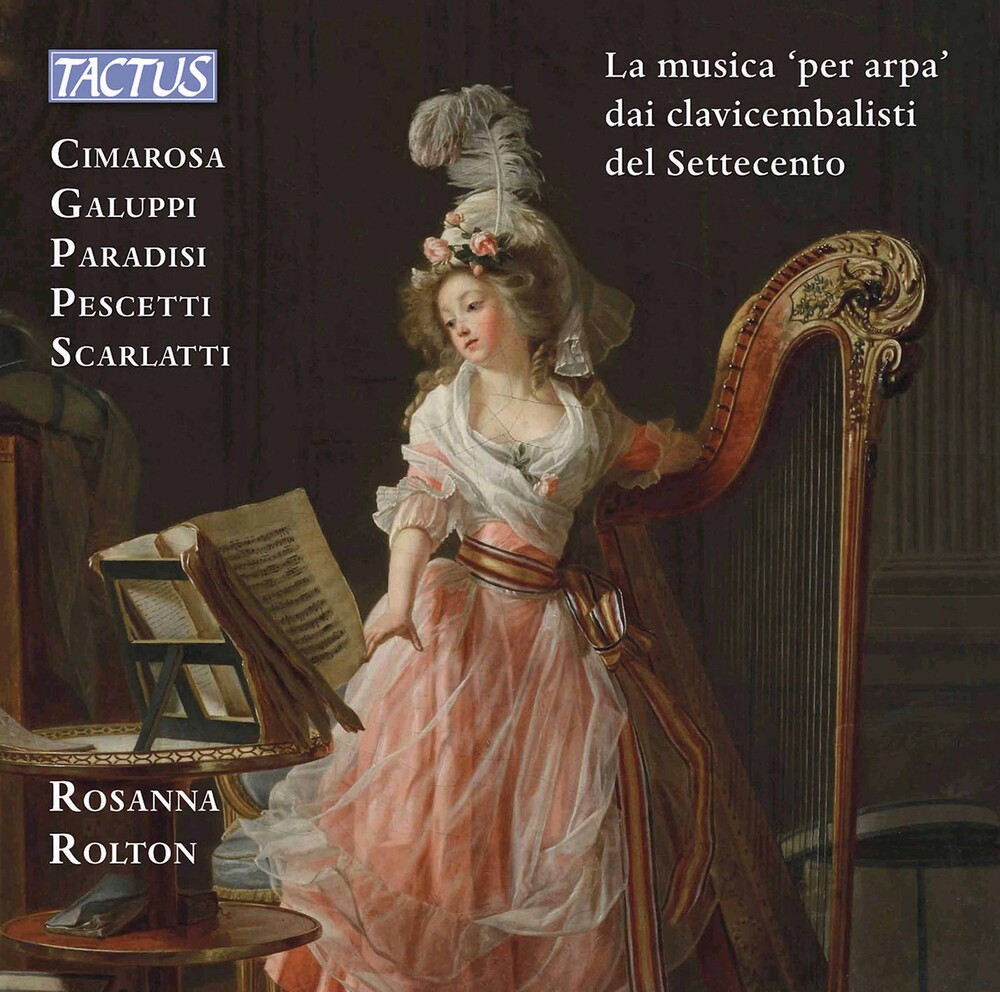 The London harpist Rosanna Rolton, winner of the International Competition "Suoni d'Arpa" in 2014, shows her skills in a repertoire completely dedicated to the Italian harpsichordists of the eighteenth century, rediscovering those ancient and solid bonds, which have united the repertoire for keyboard to that of the harp. In the wake of that connection that has constantly intersected various aspects of musical production, from solo concerts to teaching, from basso continuo to singing accompaniment, the anthology proposed by Rosanna Rolton proposes compositions drawn by the master harpsichordists of the Neapolitan school and Venetian, who created that musical substratum making, from the second half of the eighteenth century the Italian "gallant style", whose roots were greatly re-evaluated during the chamber and symphonic renaissance of the early twentieth century.