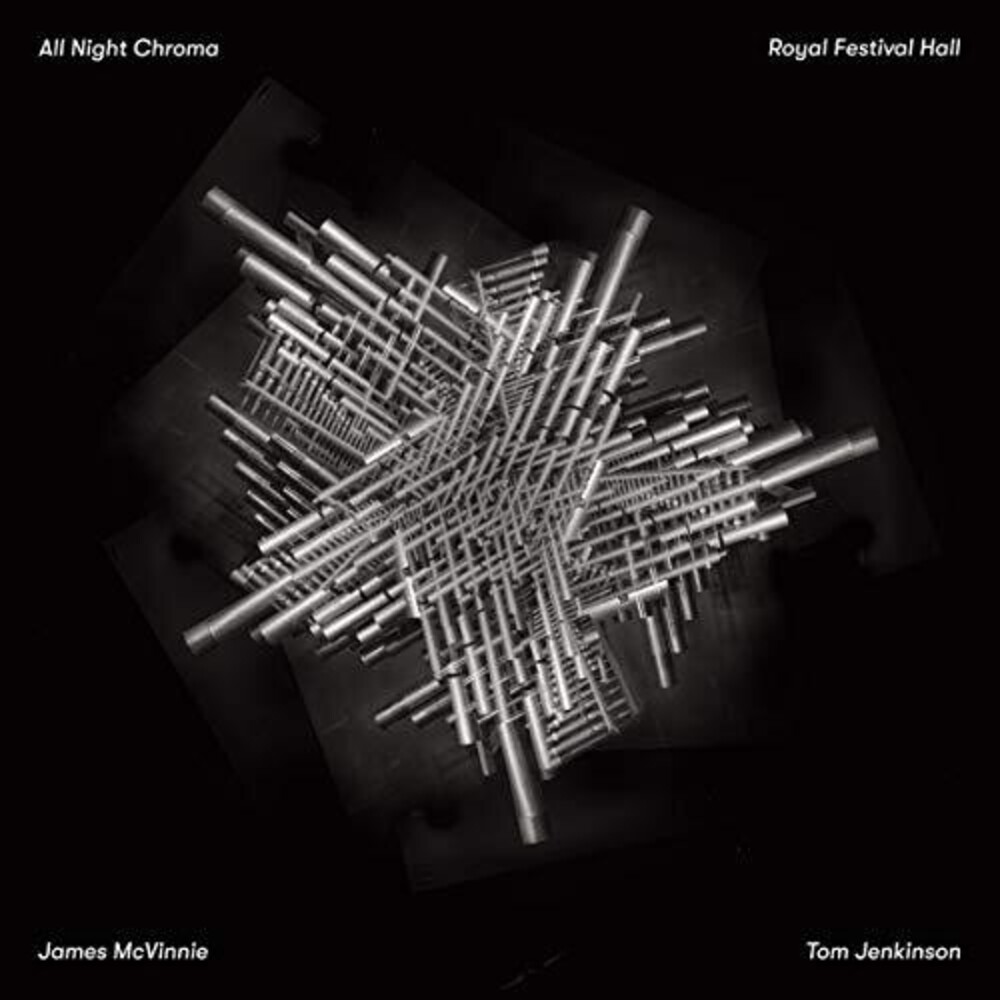 James McVinnie is known as one of the worlds leading organists. His work as a performer encompasses music from the 16th century to the present day. He has collaborated with many leading figures in new music including Philip Glass, Angelique Kidjo, Nico Muhly, Martin Creed, Richard Reed Parry, Bryce Dessner, Darkstar, Hildur Guðnadóttir, David Lang, Sarah Davachi many of whom have written large scale works for him.

Here he collaborates with Tom Jenkinson on eight pieces composed by Jenkinson specially for McVinnie. It was performed and recorded over one night in 2016 on the extraordinary and much-admired 1954 Harrison & Harrison organ at London's Royal Festival Hall. Jenkinson has already established himself as a composer in his work with Charles Hazelwood and the London Sinfonia reimagining 'Ufabulum' for orchestra and also for the BBC composing a one hour piece 'Daydreams' on CBeebies, narrated by Olivia Coleman. 'All Night Chroma' further showcases the breadth of Jenkinson's talent away from the electronic sounds that form the basis of his work as Squarepusher.