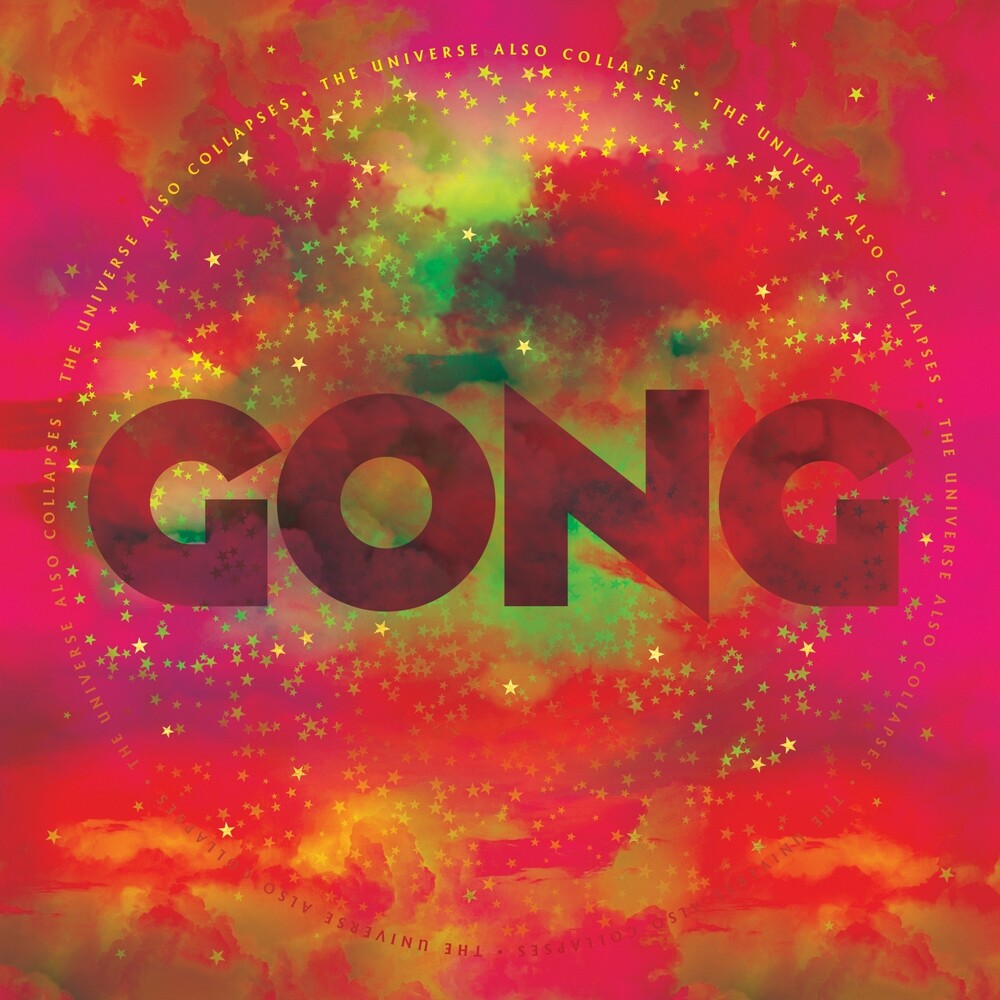 Following the success of their 2016 album, Rejoice! I'm Dead!, itself a transitional album in the evolution of Gong as well as an opportunity to say goodbye to the great Daevid Allen, the band continued on with the release of the much lauded, The Universe Also Collapses. This is the modern sound of Gong, as vanguards of 21st-century psychedelia; propulsive, mystical and ecstatic. Having spent the past two years touring the world, with psych legend Steve Hillage, multiple headline European tours and festivals, America's Cruise to the Edge festival, a South America headline tour and a headline performance at Tomorrow Festival in China, the band won the hearts of both traditional and modern Gong fanbases. During this live journey, Gong delved further into the truly psychedelic, exploratory and mind-expanding side of the music, and created an album which perfectly reflected their experience. Frontman Kavus Torabi detailed the concept behind the album "Lyrically it can be summed up with the phrase 'Remember there is only now', which was originally the working title! Everything is happening at once and always will be. There is only this and there is only now. This is both a statement about where the band is at, being part of the long Gong continuum but being here and now as Gong in 2019 but the birth and death of the universe too. The Big bang and the eventual collapse of the Universe and everything in between is all happening in the same instant. In this very moment. Time is an illusion. All we have is this and it is beautiful." The Universe Also Collapses was recorded at Snorkel Studios in London, engineered and mixed by Frank Byng, mastered by Andy Jackson at Tube Mastering and featuring artwork designed by 57 Design. This mid price edition of the album is presented in digipack CD with an 8 page booklet.