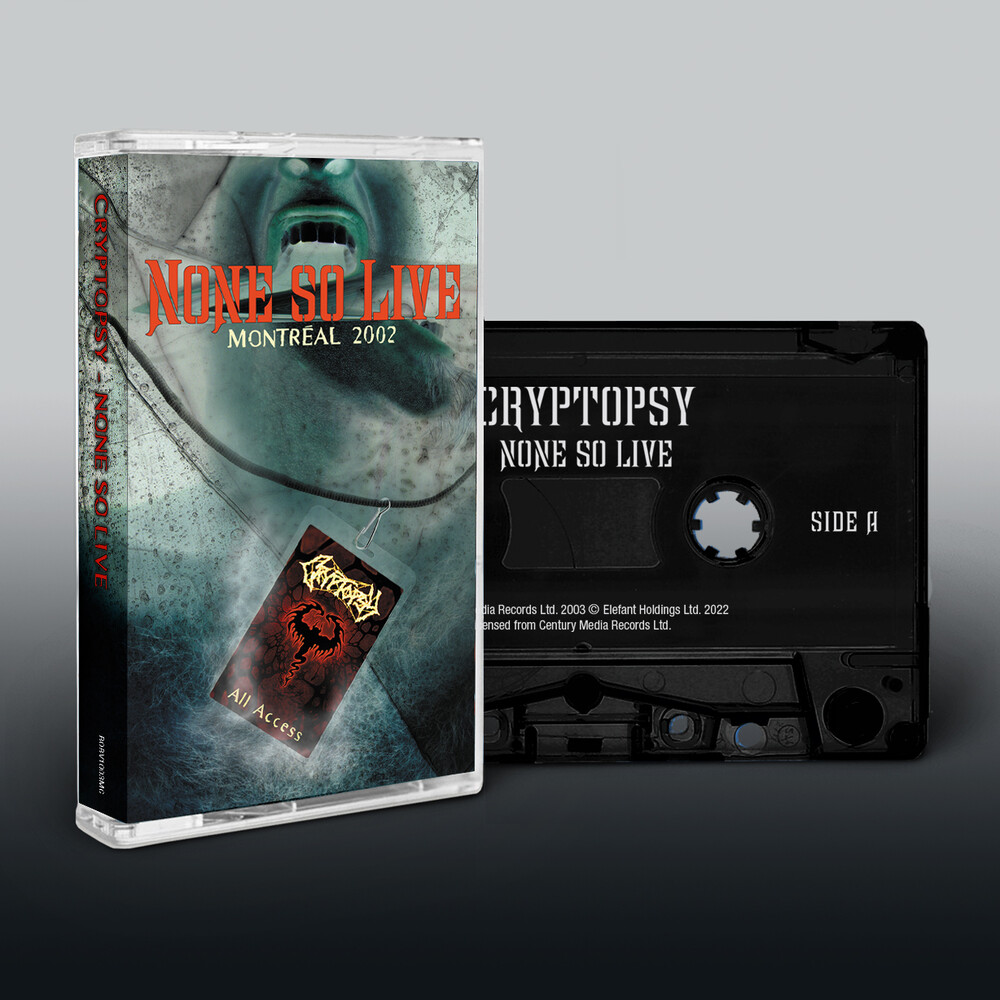 None So Live - live album by Canadian technical death metal band Cryptopsy - now available as a Music Cassette! Recorded June 1, 2002 at The Medley in Montreal, Canada and released after Mike DiSalvo left the band; it is the only release to feature Martin Lacroix on vocals. After leaving, Lacroix would become an illustrator and tattooist, and would even create the album cover for the proceeding Cryptopsy full length Once Was Not, which was released in 2005. Track-mixing for None So Live was done by Pierre RÃ©millard and artwork was provided by FranÃ§ois QuÃ©villon For fans of: Suffocation, Cannibal Corpse, Origin, Job for a Cowboy, Putridity