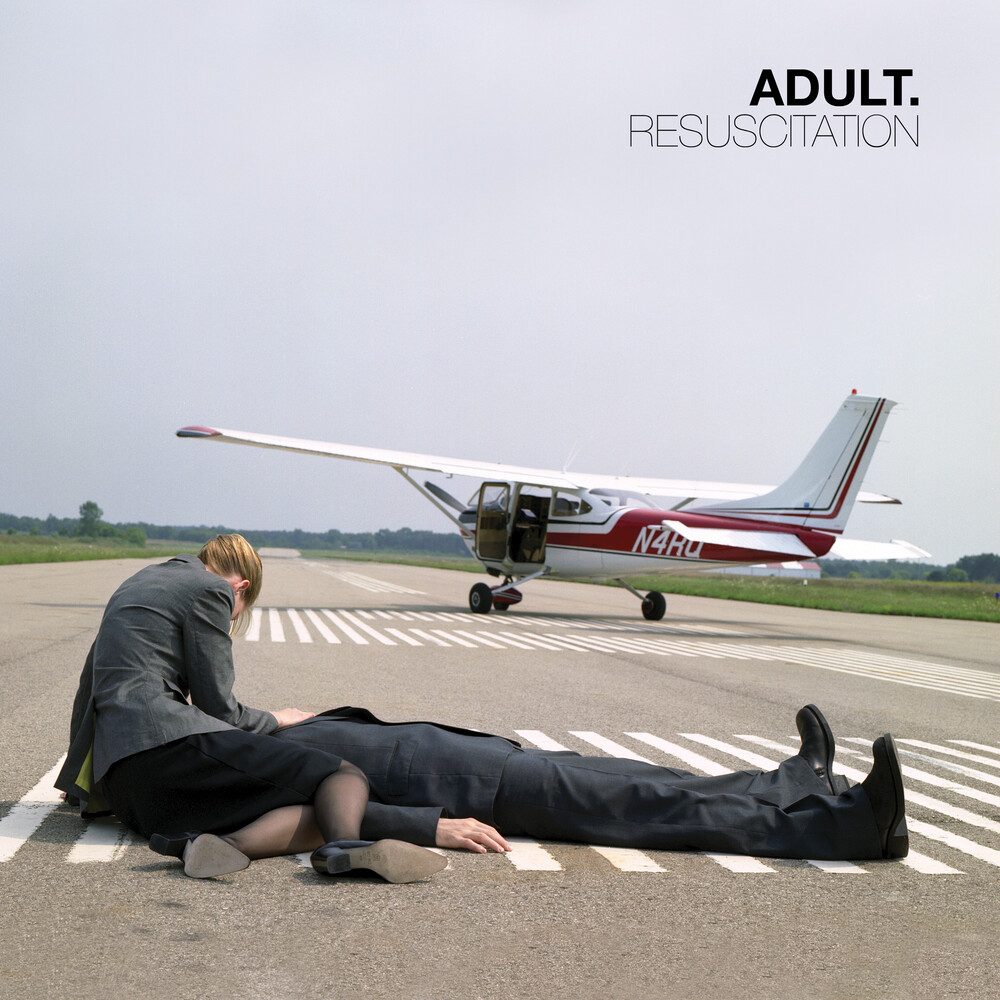 "We've wanted to re-release this album for some time, " saysADULT.'s Adam Lee Miller, "but we weren't ready until now. We have some new material in the pipeline, and we thought this would be a nice way to reintroduce ourselves."It is indeed a nice way for the hugely respected Detroit duo to herald their return to the world of music, especially for anyone who missed out on Resuscitation the first time around - the album was never available digitally until the 2012 re-release and vinyl pressing on Ghostly International. The reissue thus presented the chance to own one of the more influential records of the early 2000s: either on double 12" LP or, for the first time, as a digital release. Now, in 2022, the vinyl is available for the first time in a new red and black marble colorway. When it first dropped in 2001, Resuscitation served as a de facto introduction to the duo, collecting a bunch of songs on CD that had only previously been available on hard-to-find singles and EPs. Eleven years later, it does the same thing, except this time around, we can see just how influential it's creators' work has been - and Adult.'s music only sounds more remarkable with the benefit of hindsight. At the time, Resuscitation's combination of crisp beats, squelch-laden synths and Nicola Kuperus' detached mono-tone sounded like a broadcast from the future, steeped in the analog synth sounds of forebears like Kraftwerk but possessed of an ultramodern sheen all it's own. The duo's visual aesthetic was just as important - Kuperus' photography adorned all their album packaging (including this re-release), and their live shows drew on a sense of what a reviewer once called "detached intrigue."Echoes of Adult.'s aesthetic can be heard today in everything from today's surfeit of analog synth-toting minimal wave bands to the highly stylized divas who dominate the pop charts. But really, in 2022 Resuscitation still sounds like no-one else.