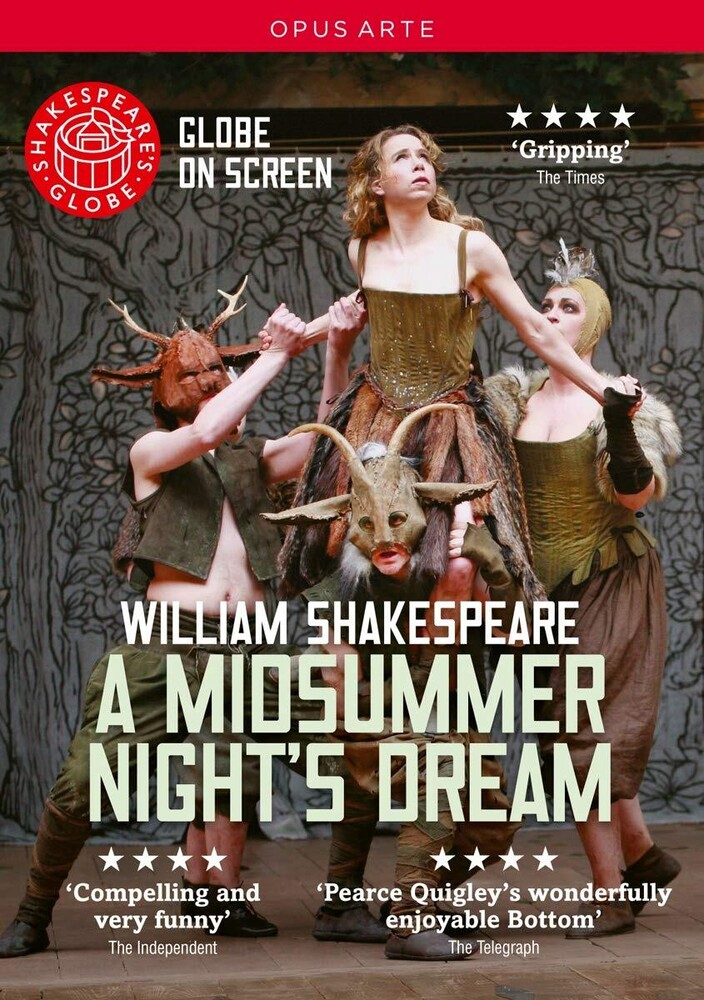 'The course of true love never did run smooth,' remarks Lysander near the start of A Midsummer Night's Dream, and the veracity of his statement soon becomes apparent in what is one of Shakespeare's best-loved comedies, where magic and mischief unite against the backdrop of a turbulent fairy kingdom as well as six rude mechanicals attempting to stage their own play. Starring Olivier Award winner Michelle Terry as Titania/Hippolyta (described by The Guardian as 'magnificently imperious') and an irresistibly funny Pearce Quigley as Bottom, this touching new production by the Globe's Artistic Director Dominic Dromgoole features 'consistently inventive' staging that 'beautifully captures both the humor and the disconcerting strangeness of the play' (The Daily Telegraph). Filmed in High Definition and true SS.